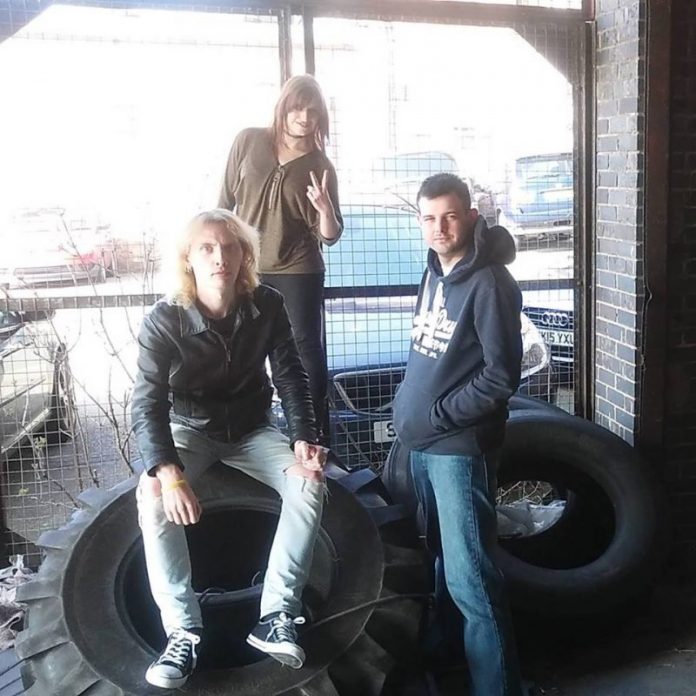 It’s Sunday. Get naked and watch the new video

Naked Sunday are a Dirty Blues Rock three-piece band based in the Midlands. Formed in 2012, the trio is comprised of Martin Stanyer (vocals, guitar, piano), Laura Stanyer (bass, backing vocals) and Craig Stanley (drums). The band have gone on to achieve great success, appearing in Kerrang Magazine, Bizarre and Big Cheese, they were also awarded CD of the month in Ryans Gig Guide. The band have been played on BBC Radio as well as American radio station Rockers Dive.

All three members have also featured in the music video by The Dead Daisies ‘Face I Love’ as well as providing vocals as part of the choir on The Darkness song Last of our kind. Singer Martin Stanyer Co wrote the song Hope aint a bad thing which reached number 16 in the UK Charts, all three members play on this which at the end samples a speech from ‘This Christmas’. This saw all three members being presented the outstanding achievement award for their time with M.A.S Records presented by Muff Murfin.

Life on the road is constant racking up around 80+ gigs a year and stretching all corners of the UK, if your looking for a band with more than just a few tunes Naked Sunday provide the whole package, they are visual in their performance and normally like to involve members of the audience. Playing such prestigious venues as The Robin 2 and The Roadhouse Naked Sunday set the standard for rock n roll giving it back the rockstar standard that has been lacking. 2016 sees the band going back to their hard work ethic which has won so many over because they can relate to the band members and the songs.