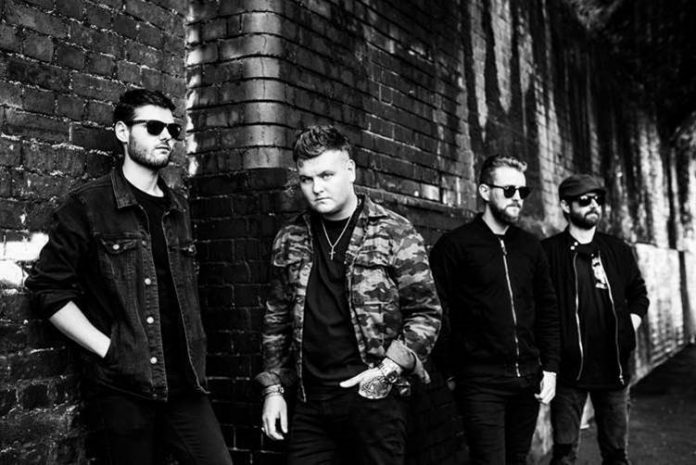 Since coming together in 2015, the musicians – Danny Core (vocals), James Tranter (guitar), Luke Davis (bass) and James Dudley (drums) – have seen their collective star on the rise, working independently across a series of acclaimed EPs, and playing shows in the US and Europe, as well as headlining tours and making major festival appearances at home.

In November 2017, Broken Witt Rebels issued their debut self-titled album – a collection of tracks combining remastered EP material with four new recordings, underlining their reputation as one of Britain’s finest emerging guitar outfits. The new recordings, including the ebullient ‘Loose Change’, pointed the way forward, but the players were determined to take their heady blend of blues, soul, wailing rock guitar and deeply heartfelt vocals to a higher level, weaving the music that inspired them – in Core’s case, iconic recordings from Aretha Franklin, Otis Redding and Muddy Waters – into their own circumstance and story, keeping weight of feeling and commercial appeal well to the fore.

Produced by The Wind and The Wave’s Dwight Baker at Bear Creek Studios in Austin, Texas, these 13 new songs have the fresh feel of a band looking to seriously move the needle; all of the personal, emotive aspects of the BWRs sound remain intact, but now everything is honed to a sharper point, the vision bigger and broader, the production giving full rein to the commercial ambition of the songs.

“We didn’t want to go to Austin and make the first album again,” says Core. “We wanted to change the parameters.”

What this meant, in practice, was a fully-fledged rock ‘n’ roll experience that saw the band embracing the American lifestyle whilst not losing sight of their own ‘Midlands’ culture, as highlighted in spine-tingling album closer, ‘Birmingham’…

“I can’t remember there being a song about Birmingham, unless it’s Birmingham Alabama,” smiles Cores. “But these are our experiences, this is where we’re from…”

First IG track ‘Money’ leads the way, an instantly arresting slice of modern rock, with ‘Running With The Wolves’ following in pursuit – a flag-flying anthem also set to be the album’s first video.

In support of this anticipated new music, Broken Witt Rebels have lined up a run of headline UK shows under the ‘Don’t Let The Green Light Turn Red’ banner – a line drawn from ‘Running With The Wolves’.

The full list of UK dates is as follows:-