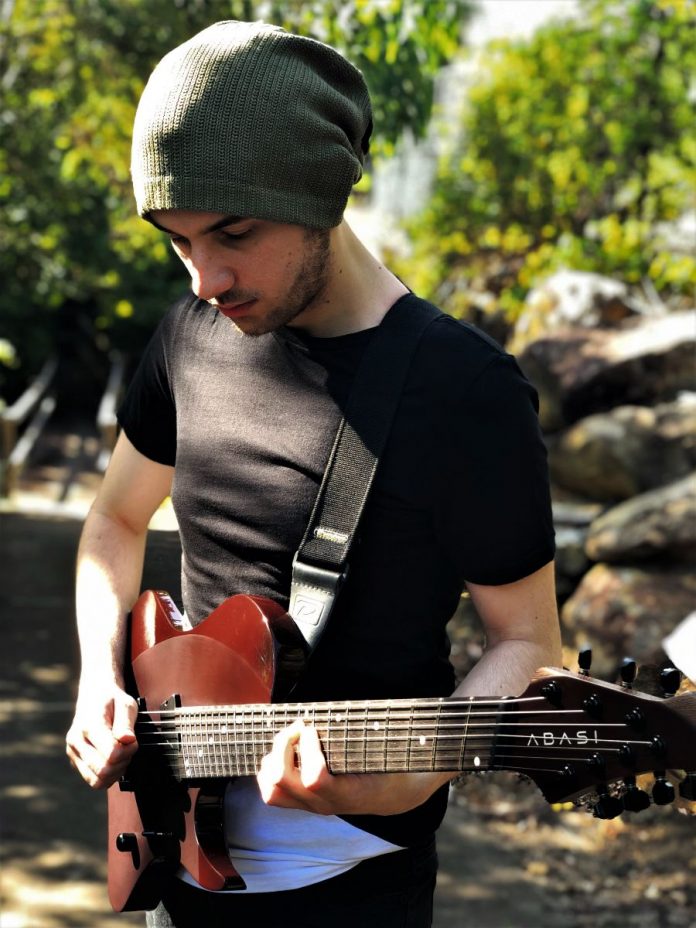 Hailing from Sydney, Australia, Stephen Taranto gained notoriety amongst his peers as a member of the fast-paced instrumental metal act The Helix Nebula and now aims to push the envelope even further with his own brand of genre-warping music in a new solo project.

Stephen has also been announced as the first guitarist endorsed by Abasi Concepts, the exclusive new guitar company founded by guitar mastermind Tosin Abasi of Animals as Leaders.

Permanence is a masterful union of riff-driven progressive metal fused with the orchestration of video game and film scores. The music guides the listener on a mythical pilgrimage where the narrative is expressed through melody, not words, and features all the hallmarks of a compelling fantasy novella. Featuring the production talent and bass guitar skills of Simon Grove (Plini, Intervals, The Helix Nebula) and artwork from his brother Tim Grove (Intervals, Tash Sultana), Permanence promises to be one of the most impressive debuts of 2019.

Stephen has contributed to many notable records (Plini, Sithu Aye, Widek) while also establishing a profile as a touring musician for James Norbert Ivanyi and I Built The Sky. He has a raplidly growing audience on social media that follows his a video journal encompassing tablature, technique and theory. Stephen’s content provides evidence of an unrelenting passion and determination and has earned him praise from names such as Dweezil Zappa, Tosin Abasi and Jeff Loomis. In 2019, he was invited to the prestigious NAMM event in Los Angeles where his demonstrations gained widespread acclaim and landed him an endorsement with Abasi Concepts.

Stephen comments on Permanence: “I really wanted to make an exciting record that will hopefully take you on a wild journey. My goal was to make an EP that is equal parts intense as it is serene, but ultimately I wanted to create a layered and memorable collection of songs that listeners would be delighted in re-visiting time and time again. Permanence” offers a little something for everyone”

Being recognised as a talent worthy of an endorsement from Abasi Concepts is a huge achievement and something that Stephen doesn’t take lightly. He continues: “I’m incredibly thrilled and greatful to be a part of the Abasi Concepts family. I’m so excited to be a part of a such a forward-thinking and innovative company from guys I genuinely look up to and happily consider my friends. I cannot wait for what’s in store for 2019 and beyond!”

Whether it’s a spectacle of his precision guitar playing or his definitive portrayal of contemporary progressive metal, Stephen is rapidly asserting himself as a musician impossible to overlook.