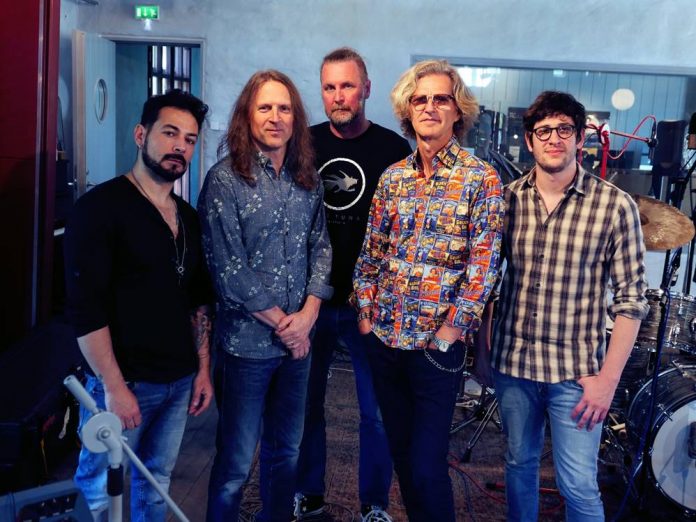 Progressive rock legends THE FLOWER KINGS are pleased to announce the release of their brand new studio double-album ‘Waiting For Miracles’ on the 8th November 2019. The album is comprised of 15 new tracks, recorded over the summer at RMV studio in Stockholm, Sweden – a vintage studio space owned by ABBA star Benny Andersson.

Band leader Roine Stolt comments: “We have gone back to the joyful and playful style that made the band famous in the late 90’s. So here ‘more’ is always ‘more’! At time the lyrics have a bit of a serious concern about the state of our world, but overall the theme is full of joy and colour.”

The album will be released as a 2CD, Gatefold 2LP + 2CD & as digital album, featuring beautiful artwork by American artist Kevin Sloan. Find the full track-listing below:

The Flower Kings also recently announced they would be heading out on tour this December with label-mates KAYAK. Roine Stolt: “We’re happy to go on tour in Europe again in December – We will present The Flower Kings music from the early days – concert favourites – plus some brand new music – that is along the lines of the early music of the band – symphonic rock.   We’re happy to bring our friends in KAYAK along for this proggy double bill – it will be a monumental meltdown of melodic prog – not to be missed.”

The two bands will perform 12 dates across 6 countries, and you find the full list of shows below, tickets on sale now:

The Flower Kings started as an outlet for guitarist/singer/composer Roine Stolt in 1994 – a time when prog-rock wasn’t mere history, nor a dirty word. The band quickly gained momentum and was one of a handful of bands helping to revive the progressive rock scene worldwide. Roine has since collaborated with a host of legendary musicians across various projects, including his acclaimed 2015 album with Yes-legend Jon Anderson, progressive-rock supergroup Transatlantic alongside Neal Morse, Mike Portnoy & Pete Trewavas, and a year as bass player with Genesis guitarist Steve Hackett. The Flower Kings however, has always felt like home for Roine and the other band veterans Jonas Reingold & Hasse Fröberg.