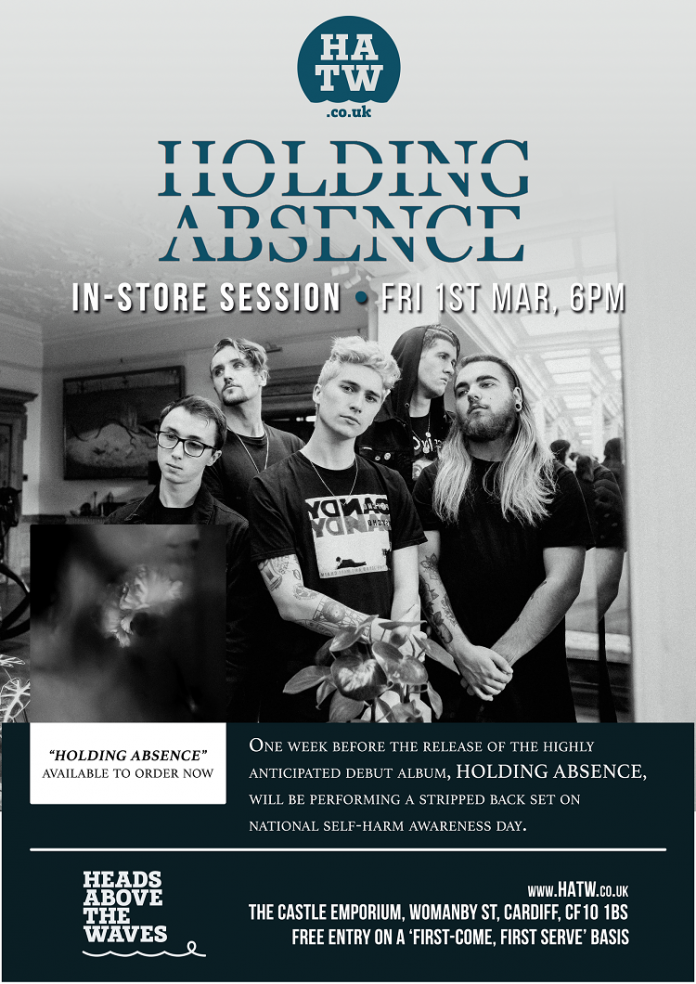 One week before the release of their highly anticipated debut record Welsh post-hardcore quintet Holding Absence will be performing their first ever stripped back set instore at Heads Above The Waves in Cardiff for National Self-Harm Awareness Day. The performance is set for the 1st March and will be free entry on a ‘first-come, first serve’ basis with a limited capacity of only 50 spaces.

The band have commented “Our friends in Heads Above The Waves have been working tirelessly for the past six years to raise awareness of depression and self-harm in young people. They are a non-profit organisation that we are proud to support. We will be performing our first ever stripped back set at their shop in Cardiff on Global Self Harm Awareness Day”

Debut album ‘Holding Absence’ will be released on 8th March through Sharptone Records.

To coincide with the release of the album, Holding Absence will be embarking on a run of European dates supporting US melodic hardcore standouts Capsize before returning to the UK for their biggest headline run to date with Capsize returning the favour by providing support on all shows. The run will take in 17 across mainland Europe and the UK, culminating in a show at London’s famed Underworld on 29th March.

Tickets for all dates are available now from: www.holdingabsence.com