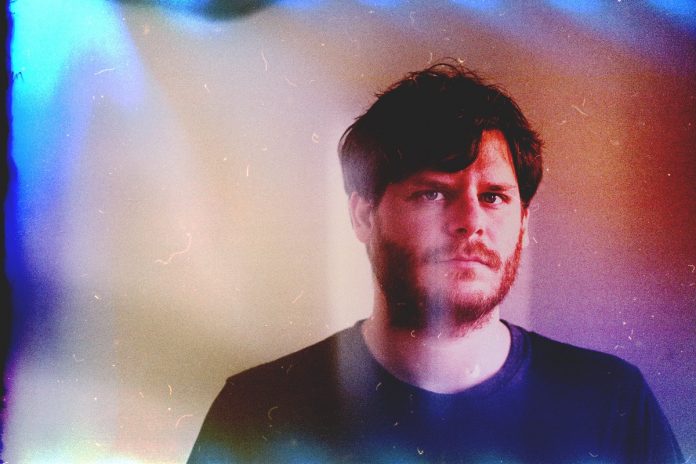 Venus Furs, the moniker of Montreal’s Paul Kasner, has announced the release of his upcoming self-titled LP out July 10th 2020 through his independent label, Silk Screaming Records. With this announcement comes driving new single, ‘Page Before’ that you can now stream on Spotify or Soundcloud.

‘Page Before’ is a song about walking into a party with a weird vibe, only to discover that you are walking into your own wake. There’s a nod to We Are Scientists in the lyrics (“the scene is cold and the party’s dead”). There’s an abrupt change around the two-minute mark, to a bass driven riff that builds and builds to a crescendo, with delayed noise solos matched in performance with panning, for a trippy headphone experience…

“This song is meaningful to me because it’s been closing my live sets for the last few years, something I can’t wait to be doing again.  It’s also the last song on my upcoming debut album, and as such I’m thrilled that it’s the first to announce the album’s release date”, adds Kasner.

Page Before follows previous singles, Living in Constant and Friendly Fire – both tracks will feature on the S/T album released this July that you can pre-order now from Bandcamp.

Venus Furs is the moniker of Montreal’s Paul Kasner, a multi-instrumentalist, writer, producer and self-described “perfectionist”. In the preceding years the act has taken many forms, supporting the likes of The Horrors and The Twilight Sad as he worked on refining and determining exactly what Venus Furs was meant to be. After years of hard work and multiple hurdles, Kasner is on the verge of releasing Venus Furs, a rigorously crafted set of songs that voyage heedlessly through sonic and mental terrain in a way that could  only be the product of a single idiosyncratic mind. This speaks to his remarkable determination to create the album he long envisioned, and has now realized with the dazzling Venus Furs. Once you press play on the self-titled record you’re immediately welcomed into a world of sound that sits at the nexus of psych rock and garage rock, shot through with grand melodic hooks that echo the British alternative scene that he’s always greatly admired, all produced with a finely-tuned ear and precise hand.

“This album, for all intents and purposes, is just a huge experiment in dealing with minutia,” Kasner says, having arrived at this collection of songs through a years-long process. At first just sitting with his guitar or piano and letting the sounds suggest themselves until forming a rough shape, he then meticulously layered, carved and contoured them into songs, eventually reaching an electrifying but carefully balanced result. It was his express intention on this record “to capture the energy and feel of a live performance, utilizing the sounds of the live room as much as possible,” and while Venus Furs is filled with furiously-pitched guitars, walls of sound and driving rhythms, the finer instrumental aspects are not lost; each can be picked out from the turbulent blur, but in unison they enhance each other, creating a polychromatic and passionate whole.