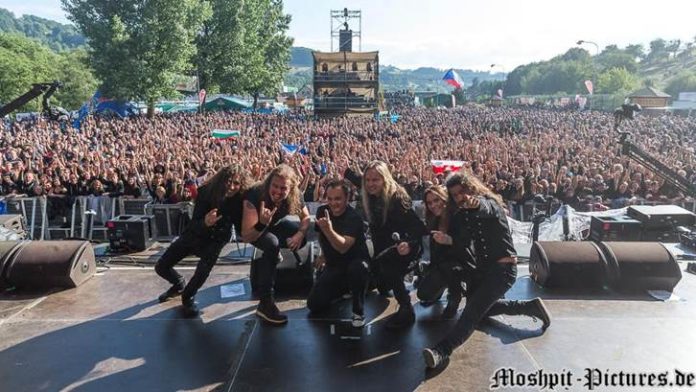 In March 2016, ALMANAC unleashed their highly acclaimed debut album ‘Tsar’, followed by a European tour along with Orden Ogan, as well as their own EU headline tour in spring 2017.

Within the past few weeks, ALMANAC have completed the recording of their second long player entitled ‘Kingslayer’, recorded at HeyDay Studios in Wuppertal, Germany. 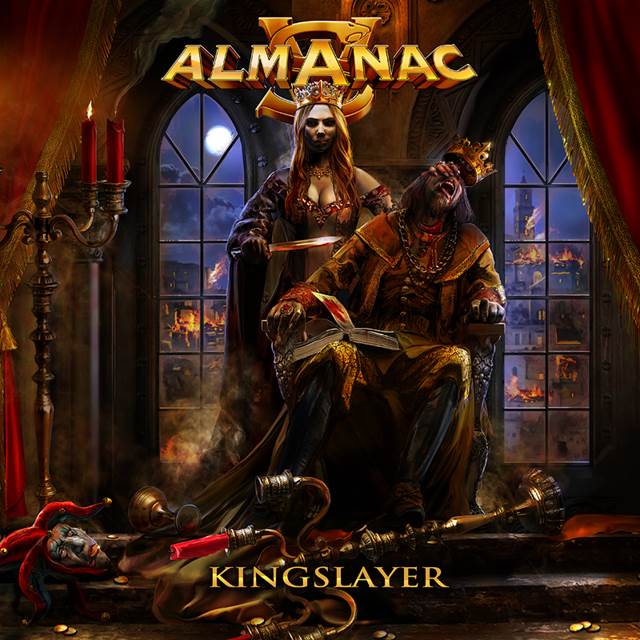 “Our second strike is complete,” reveals guitar player Victor Smolski and explains, that “’Kingslayer’ is the logical follow-up to ‘Tsar’, just more compact, heavier and faster. The experience now under our belts gained from our many live experiences, including the two tours and festivals, has been fully implemented in the studio. The band have grown closer and stronger, you can feel this unified energy within the new tracks. We took a lot of time and gave our very best. ‘Kingslayer’ is a crafted metal album with a lively power sound!”.

‘Kingslayer’ will be released on November 3rd via Nuclear Blast. The cover artwork was once again created by Hungarian artist Gyula Havancsák (Accept,Destruction).

ALMANAC recently played at the Masters of Rock festival, where they debuted the first two new tracks live, ‘Losing My Mind’ and ‘Children Of The Sacred Path’. The concert was filmed and will be part of a bonus live DVD, which will accompany the limited first edition of ‘Kingslayer’.