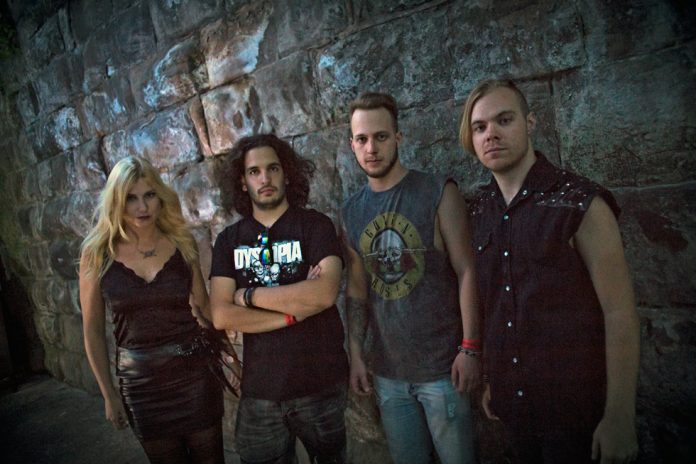 Hungarian female fronted metallers ANN MY GUARD have released a new video for “Callisto“, the song is taken from their forthcoming album ‘Ourania‘, due out on January 13, 2017 via Rock’N’Growl Records. The video was made by Mihaszna film. The video can be viewed here:

About OURANIA: “I wanted to make a record that fully represents what Ann my Guard is: I really like mixing the ethereal feminine vocals with heavy guitar riffs and dark melodies. I like contrasts. Moreover, I love to use mythical metaphors: while on the debut record, Innocence Descent I used the Moon representing the maturing of a woman, by Ourania I expressed more universal themes. As the lyrics of Asteria say: I just want to elevate you, underneath my starlit sky, I’ll be set free… The aim of rock music for me is to elevate the listeners into another dimensions, not to pull them down. I think that’s what we all need from music nowadays, right?”

The album was produced by Gabor Vari, at Black Hole Sound Studio.

Ann My Guard is: