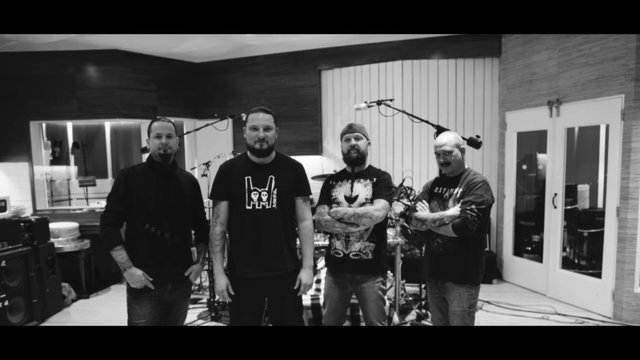 Only 9 days left until DIMMU BORGIR will finally unveil their long-awaited new studio album Eonian. This tenth full-length record combines symphonic epicness with the spirit of the Norwegian black metal scene of the nineties and celebrate the band’s 25th anniversary. Today, they present their fourth album trailer, in which vocalist Shagrath and guitarist Silenoz discuss working with Jens Bogren, who mixed and mastered Eonian inside his Fascination Street Studios. Watch the trailer, filmed at Blackcraft Cult Clothing, here:

DIMMU BORGIR fans in Norway will get the chance to visit exclusive pre-release parties that take place all around the country on May 3rd. You’ll be able to listen to Eonian on the day before its official release, participate in band quizzes and win CDs, vinyl, poster and other goodies at one of the following locations:
Oslo – Kniven (presented by Scream Magazine)
Trondheim – Fru Lundgreen (presented by Legend & Eternal Terror)
Bodø – Public (presented by Norway Rock Magazine)

In addition, you’ll get the possibility to meet the entire band at an exclusive signing session inside the Platekompaniet store of Oslo, on May 4th at 16:30.