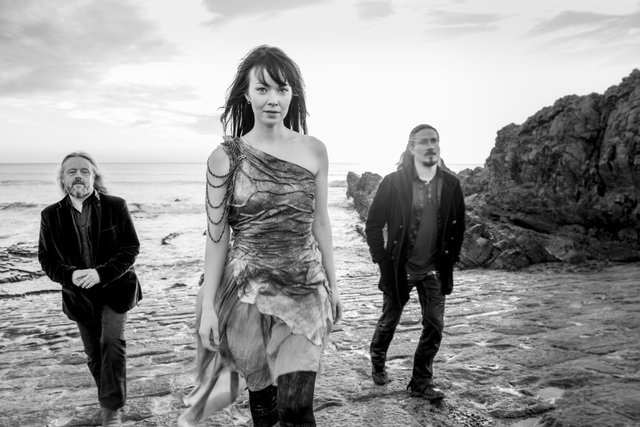 Echoes of another world resound from the depths of the legendary rabbit hole. Music diffused with moments of silence and escapist dream sequences, freed from time and earthly presence…now immortalised on AURI’s self-titled debut album, which is out now via Nuclear Blast. Today, the band has unveiled the third album trailer, in which the trio speak about the songwriting process and spirit they wanted to capture with AURI’s songs:

Tuomas Holopainen comments: “Some of the inspiration came from the [Patrick Rothfuss] books, but quite little in the end. I was thinking of these two – Johanna and Troy – and the world that we live in together, and just tried to capture the essence of what the three of us are – what we think of life, philosophy and music.”