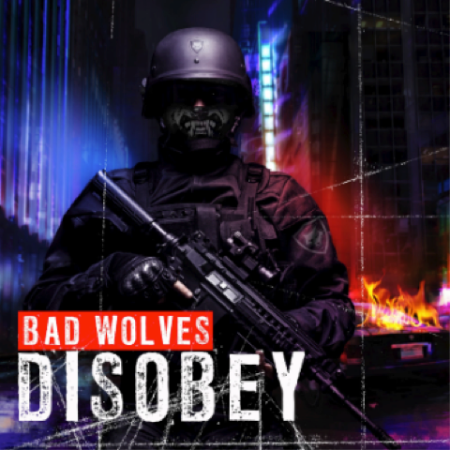 US rock band Bad Wolves’ cover of ‘Zombie‘ is the breakthrough rock single of 2018.

The single enters the Billboard Hot 100 this week as the chart’s highest new entry at #54, capping off a whirlwind rise that has seen the track (released January 19th) explode worldwide, going #1 globally on both iTunes and Spotify. In the UK it has received great radio play, including being added to the Radio 2 C list last week, as well as playlist support from Planet Rock and Kerrang! Radio. On Friday, the band performed the track on Ireland’s The Late Late Show – watch the performance here.

Garnering 5.2 million streams to date, ‘Zombie‘ has hit number 1 on Spotify’s Global Viral Chart in 11 countries including the UK , and is featured on Spotify’s Top Viral Chart in 43 countries this week alone. ‘Zombie‘ is currently the top-selling rock release of 2018, with the video amassing 14.5 million views in just three weeks.

The track, a cover of The Cranberries seminal 1994 hit, appears on Bad Wolves’ forthcoming debut album Disobey, out May 11th on Eleven Seven Music. The album is available for pre-order today. The band is donating all of their single proceeds to Dolores O’Riordan’s three children. O’Riordan was slated to record vocals for Bad Wolves cover of the song on the day of her tragic passing.