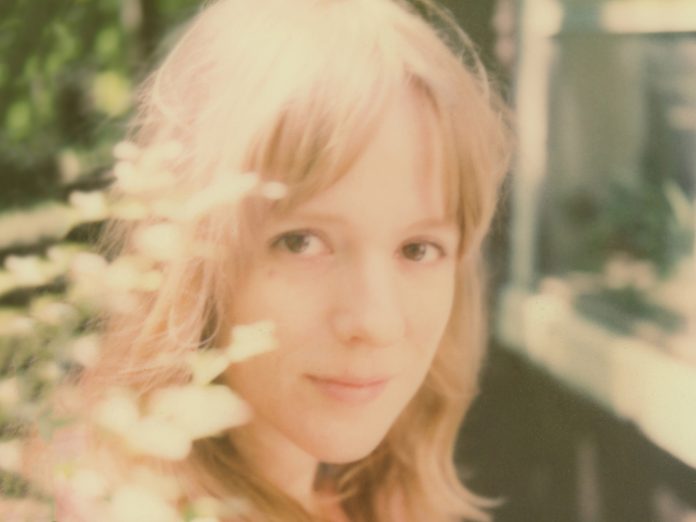 Chicago psych-folk sound-weaver Jessica Risker has announced her new album, I See You Among The Stars, which will arrive 4 May on Western Vinyl.
Risker explains further about the track: “Cut My Hair is a reflective, fuzzy pastiche of love memories. I think many people have the experience of making some sort of change that feels personally major – like a new hair cut – and then the person you care about the most doesn’t notice or can’t really tell anything is different until you point it out to them, and there’s always sort of a disappointing feeling to that.  It’s just a slice in time, operating in domestic life, thinking about past loves and all the emotional turmoil – good and bad – that was special about them, while trying to ground yourself in the present.”
Comprised of eight aural vignettes, I See You Among The Stars is a wood-grained, amber-hued world respectfully orbiting influences like Nick Drake, Sibylle Baier, and the softest moments of Broadcast. Paisley fabrics fade beneath an uncovered window, while dust and smoke billow gently through the sunbeams that never fully reach the dark half of the room. The collection of psychedelic folk tunes achieves what the best music in the genre does: pictures with tangible depth, color, and detail painted with only a few well-chosen pigments. There is a perfect thread of quiet despair that renders the playfulness of its surroundings subversive and slightly wicked, making the whole affair psychedelic in the actual sense of the word. Sure, the colours may be brighter, but the shadows are also longer and darker.
It’s apt that Risker, a musician and sound designer since her teens, embodies the dichotomous foundation that makes psychedelic folk so timelessly intriguing. “I tend to approach music from two different angles,” she says of her process. “The first is just songwriting — melody, chord changes, lyrics — those basic elements. The second angle is more an exploration of sounds, with the idea that there are no constraints. It’s very much myself playing with recording. The idea is to create one big flow.” Tellingly, Risker released a mod tapestry of electric noise and rhythm titled Big Forever in 2016, before following her more delicate inclinations into what would become I See You… No matter where her music ventures, curiosity and experimentalism are clearly with her at all times.
It is also interesting to note that Jessica Risker is a former social worker and currently practices as a licensed counsellor. If the throughline of all psychedelic music is that it casts an inward eye on the subconscious – and the symbols and emotions therein – then certainly a mental health care professional is equipped to convey what can be glimpsed in that space.
As such, I See You Among the Stars is an exemplar of spaced out psych-folk that seeks to convey the intimacy and introspection of a woman going about her simple matters at home, while creating an atmosphere to provide melancholy accompaniment to these very tasks. But the final result is something much more: a polyhedral, exploratory, and mystifying peer into a detailed pop-up storybook that reflects the mind and heart of its luminous creator.
www.jessicarisker.com
www.instagram.com/jessicarisker
www.facebook.com/DEADBEAT.DEADBEAT.DEADBEAT
More info and pre-order here:
http://westernvinyl.com/shop/wv166