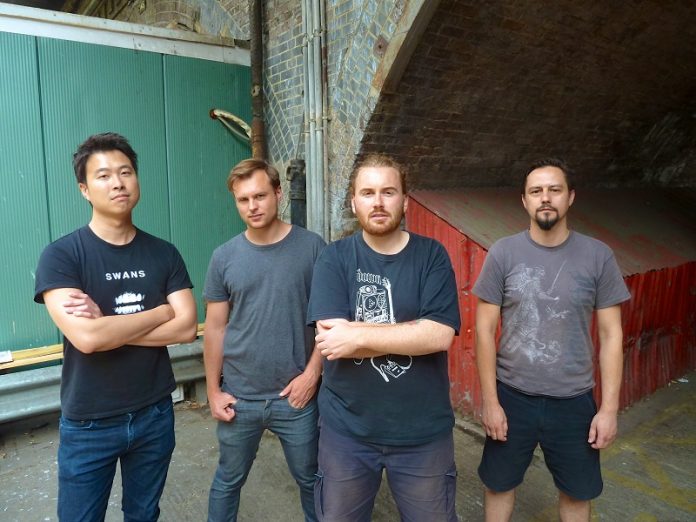 The quartet have just dropped a new track, Cave, which is streaming and they release their new EP, Diversions, through all stores on Friday 1st June.

To date, the impressive quartet have dropped two Eps: Directions and Movements. Both releases have helped to cement the band’s place within the vibrant London scene. Consecutive and constant shows around the nation’s capital have also assisted the band’s progress and growing fanbase.

THE LIGHTNESS OF BEING are ripe to break out to the rest of the country and beyond with their new EP, Diversions. Comprised of three killer tracks, including their forthcoming single, Bottomfeeder, it is a record that demands attention. Sam West, guitarist from the band, elaborates on the direction of the new release: “’Diversions’ is our 3rd EP and it’s a significant progression. It’s darker, dynamic, and certainly more unsettling than past releases. Tracks vary in pace and tone, from the metal-infused riffs and force of  ‘Bottomfeeder’ to the fuzz-driven groove of ‘Refute’, and to the melancholy build and overdriven outro of ‘Cave’.  It is a record that we are immensely proud of”. With rampant shows and festival appearances in the works, stay tuned to the band’s social sites for live updates.