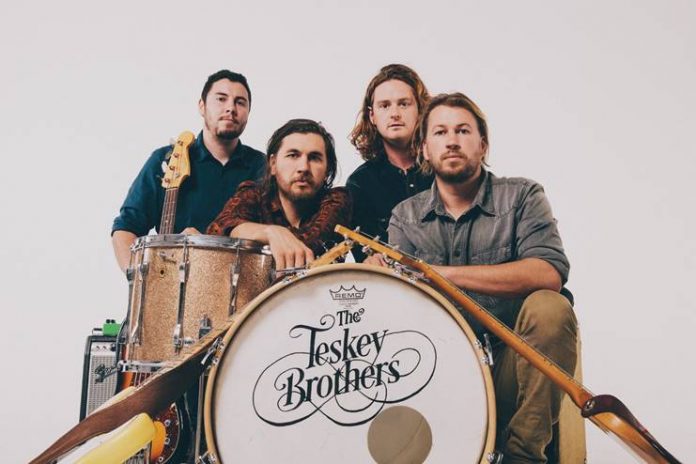 Decca Records is delighted to announce the newest addition to the iconic label’s diverse roster with the signing of Australian Blues and Soul band, The Teskey Brothers, for the UK and Europe. This signing is a joint venture between Decca Records and Universal Germany colleagues Vertigo Records. After stunning audiences at SXSW and The Great Escape, The Teskey Brothers will release their debut album Half Mile Harvest later this year.

Half Mile Harvest has been over 10 years in the making. The Teskey Brothers have been playing together since they were teenagers, and this new album is a collection of their shared experiences over the past decade. It was recorded last year and has been described as a “love letter to classic blues”*.

Originally from The Yarra Valley just outside Melbourne, Brothers Josh and Sam Teskey with local neighbourhood friends, Brendon Love and Liam Gough all share a love of 1960’s American soul music. Listening to their album in 2018, you’d be forgiven for thinking it was the work of Stax Records alumni in Memphis circa 1967. Half Mile Harvest was recorded to 2-inch tape and honours the old school Motown sound, whilst also working it into something of their very own, with Josh Teskey’s smoked whiskey voice and the band holding an irresistible groove.

Speaking of the signing, Danny Roberts, A&R Manager at Decca Records says, “The Teskey Brothers are a proper band and Josh Teskey’s voice is impossible to ignore. Recorded live to tape, Half Mile Harvest is in my opinion one of the best debut albums of recent times. Signing The Teskey Brothers has been one of the proudest moments of my career in A&R. I have signed my favourite band, not everyone can say that.”

Brendon Love, bass player/songwriter/producer in the band, says, “Signing to Decca and Vertigo Records was a really special moment for us. Both labels have incredible histories – they are wonderful people and super passionate about the records they release which is important. We are excited for what the future holds!”

At the Music Victoria Awards last year the band won ‘Best Soul, Funk, RnB or Gospel Album’ as well as ‘Best Emerging Act’. With a sold-out London Omera show under their belts, The Teskey Brothers will announce further UK shows in early 2019.