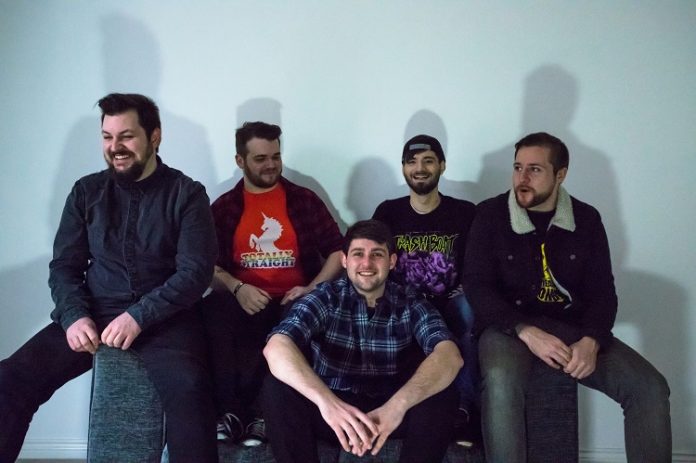 UK Pop-punkers BETWEEN THE LINES announce themselves with the release of their debut mini-EP, To The Wind, out on Friday 6th July through all platforms. The Brit newcomers have also just dropped a new track entitled Anywhere But Here; listen to it here –

By tugging from the melodic vigour of contemporary custodians of punk-pop Neck Deep and Chunk! No, Captain Chunk!, through to US heavyweights Four Year Strong, BETWEEN THE LINES have engineered a sound that merges ultra-hooky choruses with woven guitar work and pounding beats that will draw in and ignite the listener.

Formed in 2017 and coming at you from Bedford, the quintet soon established a strong bond and swiftly began to play shows throughout their local vicinity. Along the way, the tunesmiths have built a solid following and have played dates with Better Than Never, The Young & Restless, SEASONS, and Reckless Intentions.

Recently, the melodic punks bunkered down in the recording studio, resurfacing with their debut offering To The Wind. The record features two choice cuts that will both rattle your senses, including the EP’s namesake To The Wind, which instantly thrusts itself into your ears with its delicious refrain, and Anywhere But Here which completes the release with its colossal melody and intertwined guitar parts. With a series of Southern dates lined up for the Summer months, 2018 promises to be a pivotal year for BETWEEN THE LINES.