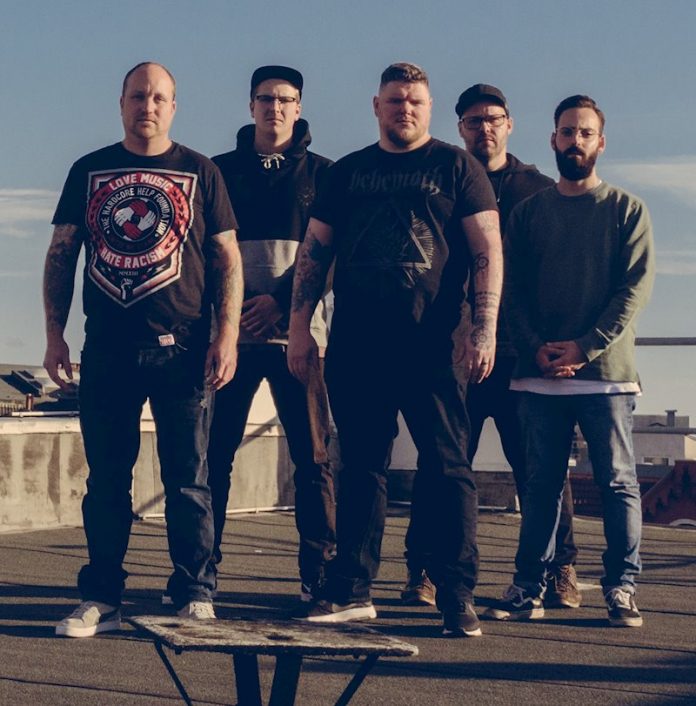 BROTHERS IN ARMS are back on track. In 2012 the Hanseatic HC-Troopers captured the immagination of fans and press with their debut ‘Invictus’, played countless shows and shared stages with WALLS OF JERICHO, DEATH BEFORE DISHONOR & EVERGREEN TERRACE. The follow-up ‘Warlord’ was another punch in the face, the Hamburg based guys proving beyond doubt they are more than just a flash in the pan.

Due to a full line-up change and an enforced break, shouter Andrew Boswell and his boys used the time to barricade themselves in the rehearsal room to fine tune fresh songs. The result is 6 brand new killer tracks that do what BROTHERS IN ARMS do best: smashing their sound straight into your face. The self-titled album will be released by Swell Creek Records in April.