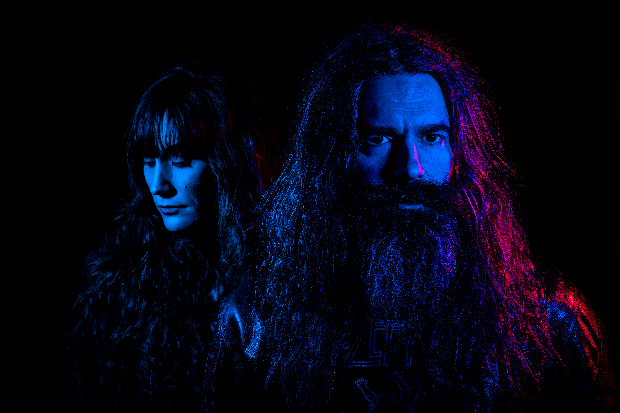 Ripple Music is thrilled to announce the signing of heavy metal doomsters, CASTLE to a world-wide album deal!

CASTLE’s fifth album — and first for California-based Ripple Music– “Deal Thy Fate,” follows 2016’s critically-lauded Welcome To The Graveyard, – which was recorded by Billy Anderson (Sleep, Neurosis) and described by Metal Hammer UK as “epic, heroic, tastefully melodic”. Look for the new album, Deal Thy Fate to hit the streets October 19th, on vinyl, limited edition vinyl, CD and all digital services.

About the new album, Liz Blackwell says “We’re ecstatic to forge forces with Ripple Music to bring you the release of our fifth record, ‘Deal Thy Fate’. We can’t wait to unleash this no compromise, fist banging companion to our fans, present and future. Get ready to Deal Thy Fate!!”

CASTLE have also announced a run of shows with The Skull and several upcoming festival appearances in Europe to coincide with the album’s release, including; Desertfest Belgium (Oct 14), Malta Doom Metal Fest (Oct 19), Doom Over Vienna (Nov 10) and Dutch Doom Days (Nov 24). Expect a full European tour along with North American dates to announced soon.

CASTLE was forged in San Francisco in 2009 and released their debut full-length, In Witch Order, on Germany’s Ván Records in 2011. The album brought light to the newly-formed band and earned them “Album Of The Year” honors from Metal Hammer Norway. Shortly thereafter, the band joined the Prosthetic Records roster in North America and released both their critically-acclaimed sophomore album Blacklands, which led to a Canadian JUNO nomination for “Metal/Hard Music Album Of The Year”, and 2014’s influential follow-up, Under Siege.

Since the release of their first album, CASTLE, which consists of vocalist/bassist Elizabeth Blackwell, guitarist/vocalist Mat Davis and various touring and recording drummers, have maintained a relentless tour schedule, performing over six-hundred shows worldwide alongside the likes of The Sword, Conan, Intronaut, and Pentagram among many others as well as appearances at some of the underground’s largest fests including Roadburn, and the London and Berlin Desertfests and the band’s first ever tour of Japan last year.

For updates stay tuned to www.heavycastle.com