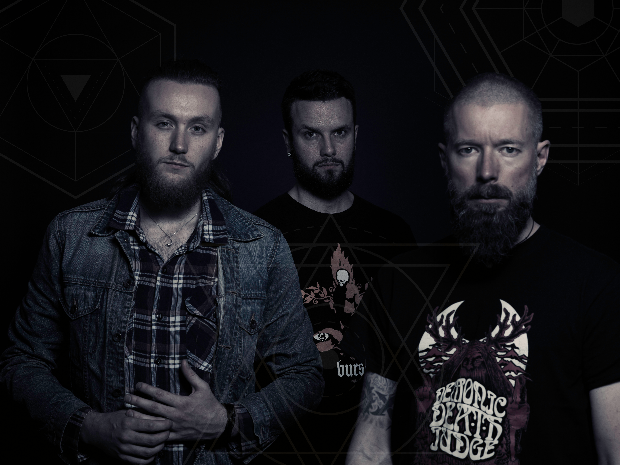 Ripple Music is thrilled to announce the signing of Swedish sci-fi themed Doom power trio, Cities of Mars, for a world-wide album deal.

Cities of Mars from Gothenburg, Sweden, combine heavy doom riffs with ambient soundscapes and haunting vocals.The lyrics on each song adds a chapter in a continuing story, where a Soviet cosmonaut on a covert space mission in 1971 discovers an ancient Martian city and awakens a sleeping conspiracy from the dawn of humanity.
With several European tours and two critically acclaimed vinyl releases under their belt, Cities of Mars are continuing to evolve their sci-fi saga through lead-heavy space tunes.

Formed in 2015 by Danne Palm (vocals, bass), Christoffer Norén (vocals, guitar) and Johan Küchler ( drums, vocals) the first two songs were recorded into a single produced by Esben Willems (Monolord/Berserk Audio) and released for the band’s first live show at the Wizard of Fuzz Festival.

2016 saw the release of Celestial Mistress, a three-song vinyl EP with the captivating artwork of Gothenburg-based graphic artist Axel Widén and the bands’ first European tour. More shows and new songs followed into 2017 when the album Temporal Rifts was released with a three week tour through Europe.

The saga now continues – with three years of writing, jamming and touring, Cities of Mars have sharpened their songcraft in writing another album for release in 2019, this time on stoner/doom heavyweight label, Ripple Music – heavy riffs to infinity and beyond!