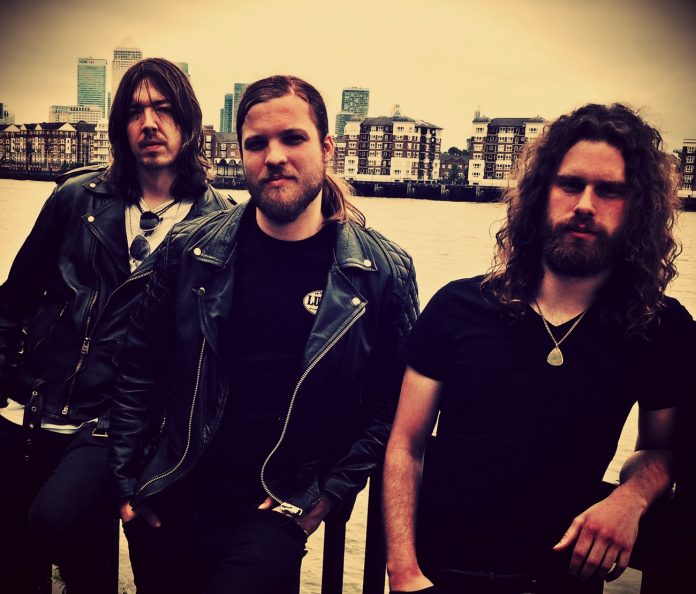 The buzz has been spreading about City Of Thieves ever since they made their initial debut in 2015. No frills, no messin’, no gimmicks – just heavy rock in its purest form that will send you straight to the front of the stage with no nonsense sledgehammer riffs, hooks and melodies.

Working with acclaimed artist/producer Toby Jepson (Little Angels, The Answer, The Virginmarys),City Of Thieves frontman and bassist Jamie Lailey knew from the outset that his band wanted to take rock by the scruff of its neck and give it a good shake. “We knew what we wanted to do, we’d been devouring the songwriting and if we were inclined, we could have released a ton of material out of the gate. Toby took what we had and refined it. I’m glad we sat back and digested things with him, as it was a major turning point for the band.”

With Jepson at the helm, Mike Fraser on mixing duties and mastering by Simon Francis (Kodaline, Kaiser Chiefs, Primal Scream), the group’s long anticipated debut album, entitled ‘Beast Reality’, was in the best of hands.

So what about the songs? “The new material has bags of groove, different speeds and attitude. We mix it up but keep it genuine and make sure everything flows. Why play something that’s monotonous? I’m not saying we’re reinventing the wheel, but if you think your own music is boring, then why inflict that on your audience?” says drummer Will Richards. “We can’t wait to unleash the other tunes and get on the road to play live,” chips in Lailey.

With Planet Rock Radio playlist support for a now deleted EP release already behind them, plus festival appearances at the likes of Ramblin’ Man Fair, Bloodstock, Camden Rocks, Hard Rock Hell and Planet Rockstock under their belts, City Of Thieves are now ready to get cracking with the promotion of their debut single proper as they begin the build-up to the release of ‘Beast Reality’.

These guys aren’t just here to steal your soul for the love of rock n’ roll, they’re here to DEVOUR it.

Tune in, turn it up….we’ll see you down the front.

Connect with City Of Thieves: