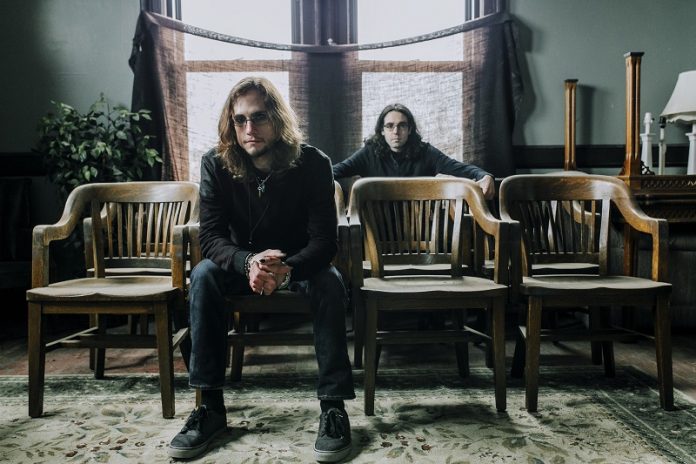 “Music has always been a way for me to cope with tragedy and make sense of the bad things that happen in our world. Even though there are bands that I listen to purely for entertainment, I don’t know if Head with Wings will readily fall into that category. I suspect that the listener will need to go into the experience with a bit of vulnerability to be truly moved.” – muses Josh Corum, when reflecting on the story behind his work.Head with Wings have just announced that their debut full length opus ‘From Worry To Shame’ will be revealed to the world on June 1st 2018 and premiered their new music video ‘Goodbye Sky’ via Prog Magazine.

‘From Worry To Shame’ tells a story through melancholic and haunting soundscapes, with accompanying imagery as displayed through the physical product of the album, and video content that the band will be releasing on the journey to its release date.

The album’s narrative revolves around a troubled school teacher who loses his daughter in a school shooting. This incident incites an insurmountable period of grief that destroys his marriage and leads to the suicide of his wife. The protagonist begins to withdraw from society and enters a long period of isolated depression. After a year or so of isolation, he finds himself as a new man; rid of the memories of his past and ready to replace them.

Inspiration for the album’s chronicle can be linked to the likes of the Sandy Hook Massacre, the Cheshire Home Invasion, and the kidnapping/murder of Joshua’s cousin, Meredith Emerson, in 2008. The release of From Worry To Shame marks a 10 year anniversary of Meredith’s death, and Joshua wishes to raise awareness about the importance of remaining astute when journeying through life.

The debut video single ‘Goodbye Sky’ is the dynamic duo’s first offering taken from their album and commences the narrative that runs throughout the entire piece, depicting the band’s thoughts and feelings on real-world events and personal tragedies that have influenced their musical creations.

Joshua Corum says this about the song: “On it’s own, “Goodbye Sky,” can simply be seen as a reflection on what it means to unintentionally harm the people that we love amidst dealing with our own personal vices. What we learn across the album, however, is that there is typically more at play within one’s life and the society that they live in, that further aids in self-destruction. As the first track on the album, “Goodbye Sky,” acts as chapter 1 from the narrative perspective, but as is the case with all of our songs, we want them to be able to stand on their own when removed from its conceptual home on the album.

For this video, we worked with Erez Bader, a talented filmmaker, previously out of North Carolina. He’s done videos for The Dear Hunter, Earthside, The Contortionist, Veil of Maya and Thomas Giles”.

The emotionally-charged and atmospheric qualities of their craft captured the interest of Earthside keyboardist Frank Sacramone and guitarist Jamie van Dyck, who approached the band to produce their first full-length record, From Worry To Shame. David Castillo (Katatonia, Leprous, Opeth) joined the team soon after, helping to shape the album’s dense, gripping guitar sound, and Forrester Savell (Karnivool, Dead Letter Circus, Skyharbor) followed, bringing a spacious, shimmering mix and master to the fold.

The resulting record delivers on the potential this group of collaborators saw in the talents of this duo, with a heart-wrenching narrative carried out in crunching guitar strings, swooning vocal melodies, and booms of celestial cacophony.

A continuation of the concept and themes of desire, grief, and self-discovery explored in the group’s acclaimed 2013 EP, Living With The Loss, From Worry To Shame covers the rich breadth of human emotion across nine chapters of an overarching storyline that inhabits the mind of the listener long after its final note has decayed.

Life, death, hope, and devastation swirl in the intoxication of escapism. Is it possible to live on with immense tragedy looming over the monotony of daily life? Can we ever find joy again — or are we forever paralysed as the threads of fate harden around us? The striking sounds of Head with Wings invite the listener’s interpretation.