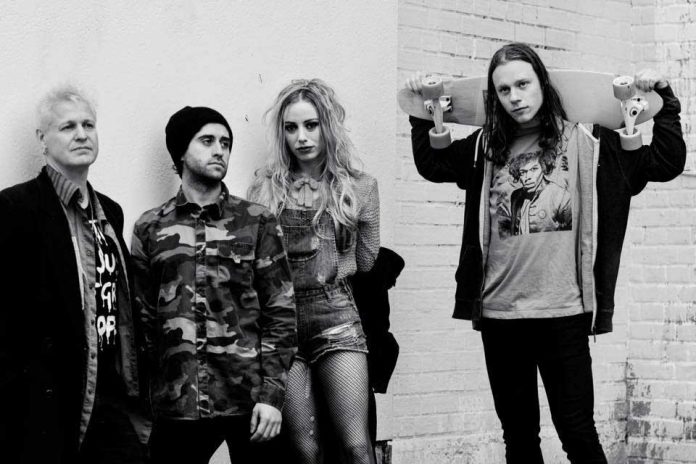 HEALTHY JUNKIES draw on iconic musical influences from the 70s and 90s and drag them kicking and screaming into the now. They are a homage to Psychedelic Rock/Punk Rock and Grunge of days gone by but do it with a fresh, modern twist. The song is already getting championed and played in the USA by legendary DJ Rodney Bingenheimer and in the UK Shell Zenner of Amazing radio and Andy Cousins (All about Eve, The Mission) on Deal Radio.

While the initial theme of ‘No Control’ focuses on standing up for your rights, not being pushed around and not being judged for who you are it also contains a spoken word damnation of the current state and attitude of the medical profession towards mental health which has now reached epidemic proportions. Let’s prioritise dealing with the cause as well as the symptom!

HEALTHY JUNKIES continue to travel the length and breadth of the UK playing shows to their dedicated and growing following and will be touring Ireland, Europe and the West coast of the USA later this year.

HEALTHY JUNKIES founder members Nina Courson and Phil Honey-Jones played their first gig together in late 2010 supporting Goldblade at a disastrous punk festival in Brighton where the promoter ran off with the money. Undeterred they continued to play shows nationally and in Europe including the mighty Rebellion festival, Blackpool, The Whitby Goth festival and The Camden Rocks festival and supports to bands such as The Uk Subs, The Professionals, GBH, The Rezillos and Theatre of hate. HEALTHY JUNKIES gathered momentum, building an audience and crafting their sound all the while. With 3 studio albums (2 of them on Manchester based STP Records) and 2 EPs under their belt Healthy Junkies have just finished mixing a fourth album.