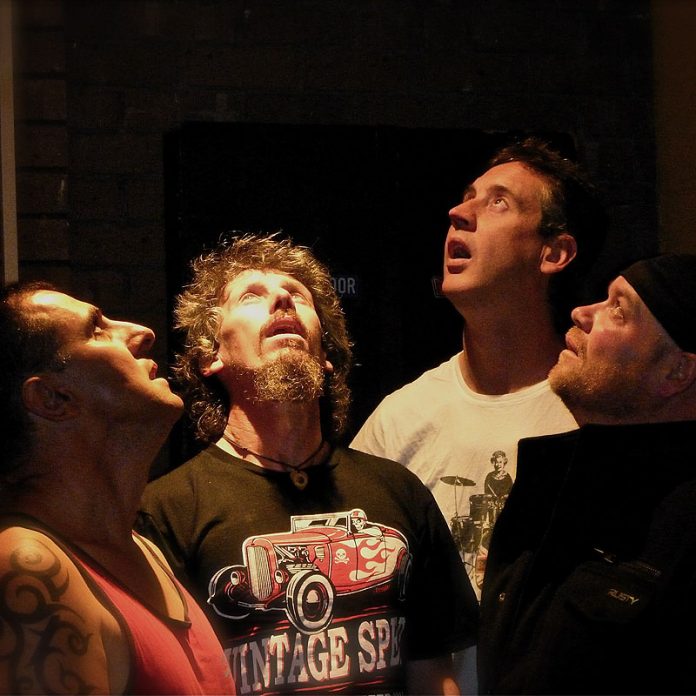 Introducing Hi-Speed Life. These guys are a huge hit in their hometown of Adelaide, Australia and are currently preparing to release their next release later in the year working with local producer extraordinaire Darren Mullan of Adelaide Recording Studio’s, the man behind the mighty Jac Dalton sound amongst others.

Hispeedlife take pride in producing an original sound of rock. The band formed in 2010 and has played in local venues and as far away as Broken Hill. Hispeedlife released a well-received four track EP in mid 2011, engineered by Adelaide based muso Matt Williams of band ‘Unitopia’. All of the band’s music is original with lyrics written by Danny Gates and music created collectively by the band. Working out of a makeshift rehearsal room in Paul Kennedy’s home,

The band has collaborated on a catalogue of original sounds. All four band members working in unison to create one stream of rock consciousness.

In 2011 Hi-Speed Life hooked up with ten other local bands for a Brisbane flood relief gig that rocked the house and produced some much needed help for flood victims. The band had a great time recording their first EP of original songs with Matt Williams at the desk; working together to produce a product fit for release was a major highlight for the band. Hi-Speed Life took a road trip to Broken Hill to play a gig at the Palace hotel where the film Priscilla Queen of the desert was shot; this was not only an eye-opener on the local scenery but was a cracker of a show to boot.