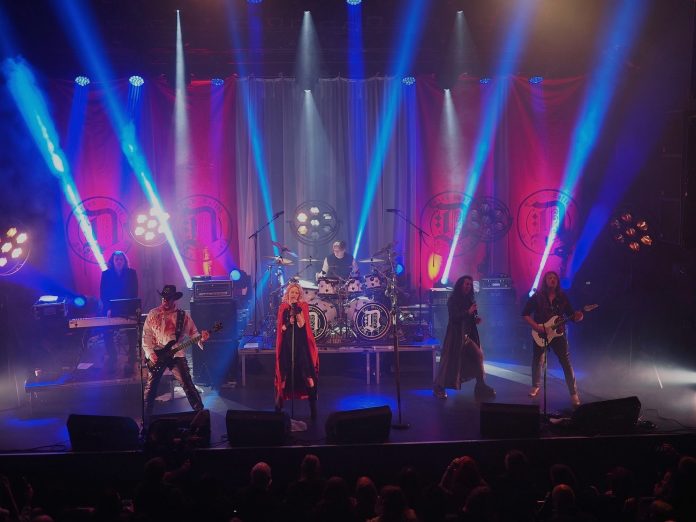 Initially born as a one-off musical extravaganza between two Norwegian metal and hard rock giants,Trond Holter (ex-Wig Wam) and vocalist Jorn Lande, the duo’s Dracula Rock Opera has now morphed into a full-time musical project with guitarist, producer and songwriter Holter at the helm.
While the original plan was to leave 2015’s collaborative ‘Swing Of Death’ as a unique one-off recording, the success that Holter subsequently enjoyed in staging the album as a musical in Norwegian theatres convinced him that a follow-up was not only possible, but perhaps even mandatory. He was already sitting on plenty of new material and felt inspired to tell more stories of Dracula and other vampires that did not find a home in the storyline of that first album.
“The first round of the Dracula Rock Opera was, in terms of live shows, only half the story with about 45 minutes of music, so I added some additional songs for the live shows to complete the story,” explains Holter. “It was my intention all along to make this into a big show, even if it took a few years to complete. When I started on the new album, I reworked a few unused songs and that also inspired me to write some new ones. It’s a bit hard for me to say, being so close to the material, but it’s a few steps up the ladder sound-wise. You can easily recognise the spirit of the first album, only with more energy.”
With an outstanding line-up featuring singers Nils K Rue (Pagan’s Mind) and Eva Iselin Erichsen, Bernt Jansen on bass, Per Morten Bergseth on drums and Erling Henanger on keyboards, ‘Vlad The Impaler’ starts where ‘Swing Of Death’ left off. It is an album that gets straight to the point while simultaneously utilising diverse musical landscapes and it includes memorable melodic songs in a similar style to its predecessor. Think Savatage meets Meat Loaf meets Queen meets Alice Cooper with contemporary hard rock in the mix and the listener will have a sense of what is in store.
“We all know Nils K Rue’s great work with Pagan’s Mind. The vocals and theatrics he delivers both live and on record are simply amazing! And the higher he gets, the better he sounds! I came across Eva Iselin Erichsen in 2016 and later, when I got the chance to have her audition, I was blown away. She’s all over the place, live and on record, giving everything that she’s got. She is an amazing singer and a real star in the making. We are ready to take the whole Rock Opera live across Europe!” states Holter.
The album will be presented in Halden, Norway with a special release show on 10th November, with more shows planned that include an appearance in May 2019 at Karmøygeddon Festival.
Vlad The Impaler’
new album
out 09.11.18
[Frontiers]
CD / LP / digital
pre-order at:
http://radi.al/VladTheImpaler