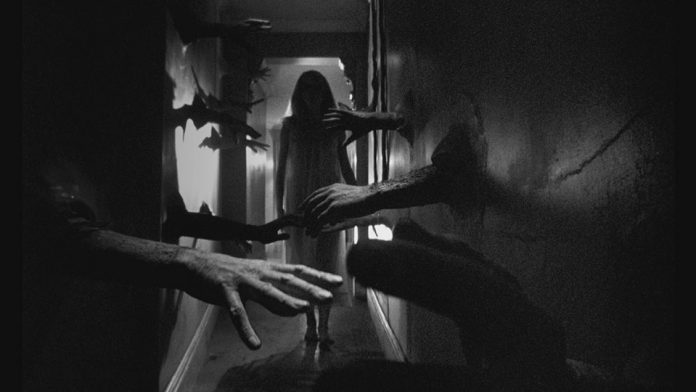 Holygram, who blend post-punk and new wave with Krautrock and shoegaze elements into a headstrong, multi-layered and thoroughly contemporary homage to the sound of the 1980s, have signed to Oblivion / SPV to release their debut album ‘Modern Cults’ on November 9th.

The musical influences of the five band members, who got together in Cologne’s vibrating musical landscape in 2015, are unmistakable: New Order meets NEU!. Their unpretentious approach to their own icons proves that references to the past must always be future-oriented, too. Previously impossible-to-combine elements come together cleverly to become the soundtrack of a city that appears threatening in the twilight.

The group, who always envelop themselves in dense wafts of dry ice and cool lighting on stage, have played numerous festivals, such as the Mailfeld Derby, Wave-Gotik-Treffen and New Waves Day and supported British act OMD on their entire 2017 European tour. At the end of the year, Holygram are set to embark on an extensive support tour with VNV Nation through Europe and the US to introduce their debut album ‘Modern Cults’ live.

‘Modern Cults’ takes up where their self-titled 2016 EP left off and intensifies Holygram‘s contemplation of themes such as big cities, alienation and anonymity, hope and memories, love and identity: these constant reflections always interact closely with the band’s unmistakable sonic guise. The atmosphere oscillates between the brutal sounds of the big city and the fragility of the people that lose themselves in it – intelligently observed scenarios of a world falling apart in which individuals have long ceased to play a leading role.

Songs such as the title track ‘Modern Cults’ or the spherical ‘Still There’ follow their protagonist on a nocturnal trip through clubs, flashbacks, run-down neighbourhoods and the abysses of the human psyche. The diversity of the cityscape as a reflection of the people who live in it seems like an Ariadne‘s thread that the five musicians offer to their listeners to help them navigate this broad stylistic range.

Melancholy walls of guitar sounds interchange with uplifting bass runs while chilly synthesizers meet stoically driving rhythms on ‘1997’, which wanders through forgotten places in a broken-up relationship, or on ‘She’s Like The Sun’, an ironic confrontation with the failure to achieve unreachable targets. Autobiographical elements blend with fiction, the past melts into the present and they all become a simultaneously oppressive yet hopeful vision of human (co-) existence: a person caught in the mist of their own dreams at the intersection of outer and inner world, between fiction and reality.

The first single, ‘Signals’, set for release on 7 September, features a new-wave guise that belies an emotionally torn lyric, elevating the deeply melancholy chorus (“Sometimes when I close my eyes I see you walk away / And everytime the sun comes up the feeling is the same”) to a pop-like anthem, illustrating that in this world people are only cogs in a much bigger, increasingly autonomous machine.