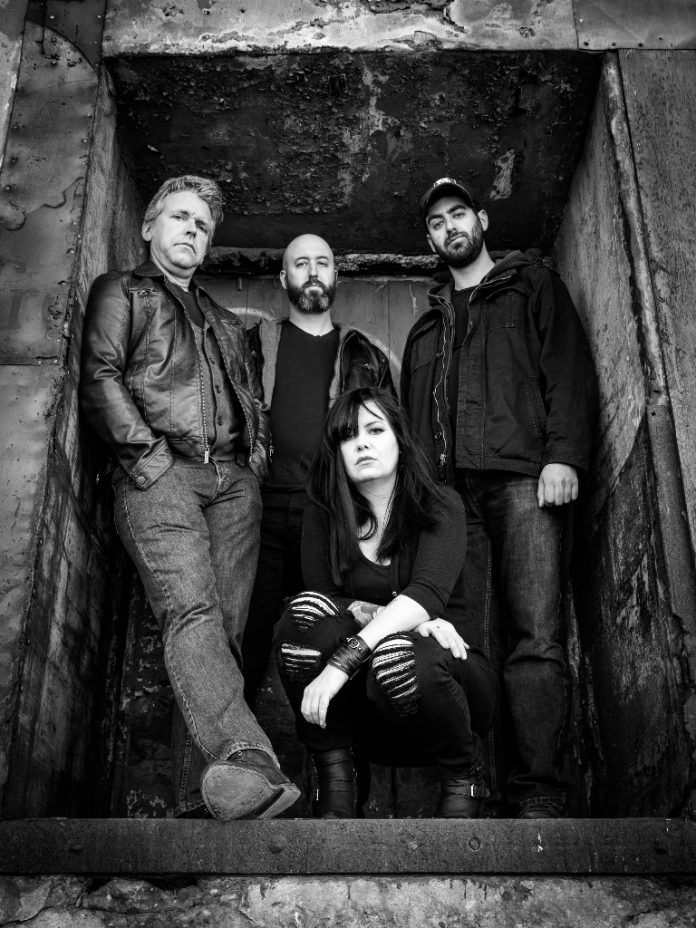 Pittsburgh’s paramount Doom/Sludge underground act HOREHOUND continues their ascension above ground with the announcement of their second full-length album, ‘HOLOCENE’.

Horehound surpassed their own expectations for the self-titled debut in 2016, and this past Spring re-released a remastered version on Digital, CD, and first-time Vinyl format. Now Horehound presents their sophomore album ‘Holocene’. With all music written and performed by Horehound, the album was recorded and mixed by Matt Schor at War Room.in Pittsburgh, and mastering done by James Plotkin at Plotkinworks. The incredible cover artwork illustration is by Brian Mercer.

To introduce the new album, the band is premiering a video for the debut of “L’appel du Vide”, the third track from ‘Holocene’. The visualizer was created by Sam McDonald.

Vocalist Shy Kennedy shares a few words about the album: “‘Holocene’ is the single most rewarding contribution I have made as an individual artist and even of any group effort I’ve been a part of. It has been a realization for Horehound and through this recording we really cultivated our sound. The overwhelmingly gratifying experience we’ve had in creating this album will further transcend once we are able to share it with others. ”

Guitarist Brendan Parrish adds: “‘Holocene’ is a convergence of our respective influences and a natural evolution in the sound we’ve developed. It represents our growth as songwriters and we are very eager for the rest of the world to hear what we’re so proud to have created.”

Horehound is preparing for a release of Holocene sometime later in 2018. The band has been reviewing incoming offers and invites all who may be interested in partnering for the release to reach out to them soon.