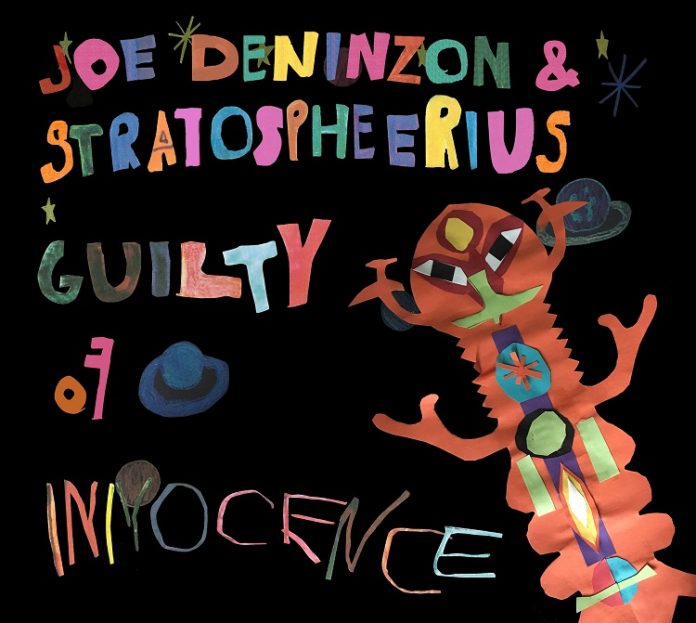 Joe Deninzon & Stratospheerius’ single and video for ‘Behind The Curtain’ is out now on Melodic Revolution Records.

Joe Deninzon and Stratospheerius’ ProgRock Album ‘Guilty Of Innocence’ will be released on Vinyl format on 4th October via Melodic Revolution Records.

‘Guilty Of Innocence’, the breakthrough progressive rock album for Joe Deninzon & Stratospheerius, found some surprise support from the European Indie Charts this past Summer and it was a breakthrough album in North America, hitting # 4 on the Relix/Jamband radio charts. Released on leading U.S.-based progressive label, Melodic Revolution Records, ‘Guilty Of Innocence’ is now being released on vinyl on 4th October.

Progression Magazine writes “Joe Deninzon has made a career…wielding his violin like a guitar. In that way he has pioneered a new standard for rock violin, much the same way Ian Anderson did for Flute.”

Joe befriended legendary Testament guitarist Alex Skolnick at a New York City gig in 1999, and Alex was a guitarist for Stratospheerius for 3 years and 2 albums. Alex says, Joe “is amazing on violin and a great musician!” and guests on the ‘Guilty Of Innocence’s epic track ‘Soul Food’. Along with Alex, Renaissance’s keyboardist Rave Tesar, and Randy McStine (Vinnie Moore, Stu Hamm) contribute their chops to ‘Soul Food’. Joe is concertmaster on the new Renaissance Live ‘Symphonic Journey’ CD/DVD, Annie Haslam spotlighted him as “a talented violin player” in press for their first tour together.

‘Behind The Curtain’ is the band’s radio track and video. Joe says, “it’s about the rise and downfall of celebrity and the dark soul of our society. We have a primal fascination with chastising someone while we ourselves often lead double lives, hiding all kinds of skeletons in our closets while pretending we are faultless. We cathartically project our own demons onto public figures and relish watching someone go down in flames”.

Fans can pre-order the vinyl (and order the digital & CD) of ‘Guilty of Innocence’ c/o Melodic Revolution Records: https://joedeninzonstratospheerius.bandcamp.com