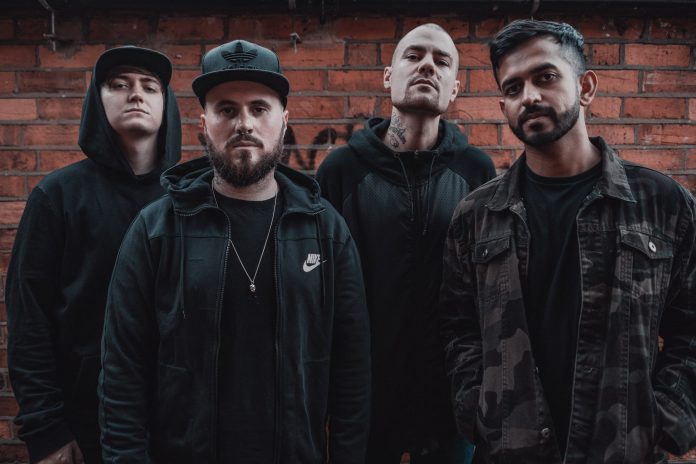 OPIA, a new group from Milton Keynes, have arrived to showcase the evolution of heavy music right before your very eyes, starting with new single ‘Ascend’.

Featuring ex-Hacktivist producer/guitarist, Timfy James, and frontman Ben Marvin, as well as current Heart Of A Coward bassist, Vishal “V” Khetia, these three aren’t strangers to the UK music scene. Good friends outside of music, the trio decided to team up and try something fresh, adding local drummer Perry Smith to the mix.

When asking about the music, Timfy mentions how he likes to push boundaries, “putting ingredients together using scraps of different genres to create something you didn’t know you wanted to hear”.

Produced at Old School Studios, their new single ‘Ascend’ is a hard-hitting track with technical riffs and rhythms to get lost in. V says “I don’t think you could put a genre to it, but I’d say it’s definitely heavy and very addictive”

Returning to the music scene from a break, Ben says, “It’s good to be back on the mic, tearing it up. Looking forward to showing the world what we’ve been creating.” He also adds “With OPIA, the music is everything I want it to be”.

With years of experience behind them, the new single ‘Ascend’ shows the world that they are a force to be reckoned with. More news coming soon.

OPIA – n. the ambiguous intensity of looking someone in the eye, which can feel simultaneously invasive and vulnerable