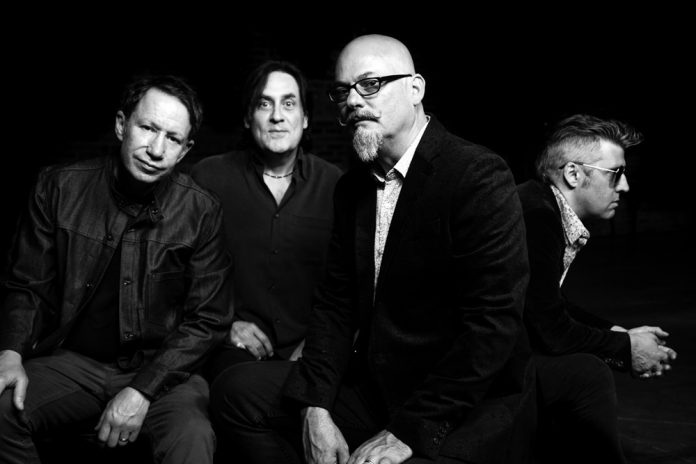 Kansas City rockers Pedaljets are back with their first new material in six years. ‘Twist The Lens’ is the title track from the band’s long-awaited fourth album, due for release in February 2020.
From their inception in 1984, the Pedaljets raucous brand of scuzzy, melodic jangle-pop and jagged post-punk placed them in league with some of America’s most beloved alternative rockers, from The Replacements and Hüsker Dü to Meat Puppets and The Flaming Lips, all of whom the Pedaljets have performed alongside on stages across the US.Twist The Lens builds upon the legacy created over the past three decades, showcasing the comfort and maturity of their years spent performing together as well as the electric fervour that has permeated their music since the beginning.
Following on from 2013’s What’s In Between, Twist The Lens finds the band pushing themselves further than ever before, abandoning the constrictions of genre and focusing on expanding their sound. At its core, the melodic, proto-grunge sound that characterized thePedaljets’ earlier releases still reigns supreme, but with a deeper exploration of melody, harmony, and pop-rock influence, as well as a newfound writing ethos that has allowed the members to push themselves into unfamiliar sonic territory.
Twist The Lens is released through Electric Moth on 14 February 2020.
http://thepedaljets.com/
https://www.facebook.com/Pedaljets/
https://twitter.com/pedaljets