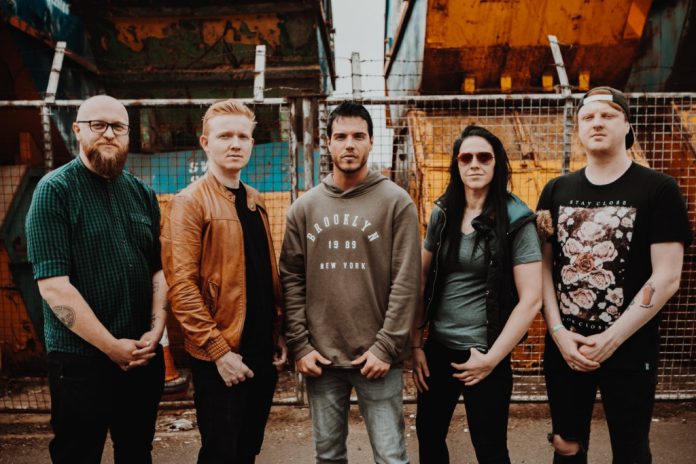 Metal quintet RAVENFACE recently announced their return with a fresh new line up, including ex Aliases guitarist Leah Woodward, along with their third album ‘Breathe Again’. The release was greeted to a wild reception from fans, hitting number 2 in the iTunes Rock Charts!

New single release ‘Colder’ premiered on Alex Baker’s Fresh Blood Show onKerrang Radio and is the second official single to be taken from the album. The band revealed their new video for the single via their Facebook page last night, which has already received over 31,000 views across all platforms. That’s in under 24 hours!

Check it out here below..

RAVENFACE released the first single ‘Tyrants and Kings’ earlier this year and the video clocked up almost 700,000 views. This single also caught the attention of Kerrang! Radio’s Alex Baker who aired it on his Fresh Blood Show; as well as featuring RAVENFACE as ‘Ones To Watch’ in his Kerrang!magazine column.

‘Breathe Again’ has been reviewed in the recent issues of Metal Hammer, Powerplay and Fireworks magazines, with new single ‘Colder’ being play listed with both Alex Baker and Johnny Doom on their Kerrang Radio shows. Primordial Radio put the new track in their playlist last week, along with BBC Radio Lancashire inviting the band in for an interview whilst giving their new material some airplay on their BBC Introducing Show. RAVENFACE’s new material has also appeared on Spotify’s New Blood playlist and their monthly listeners has grown to over 47,000 listeners a month since the release of ‘Breathe Again’.