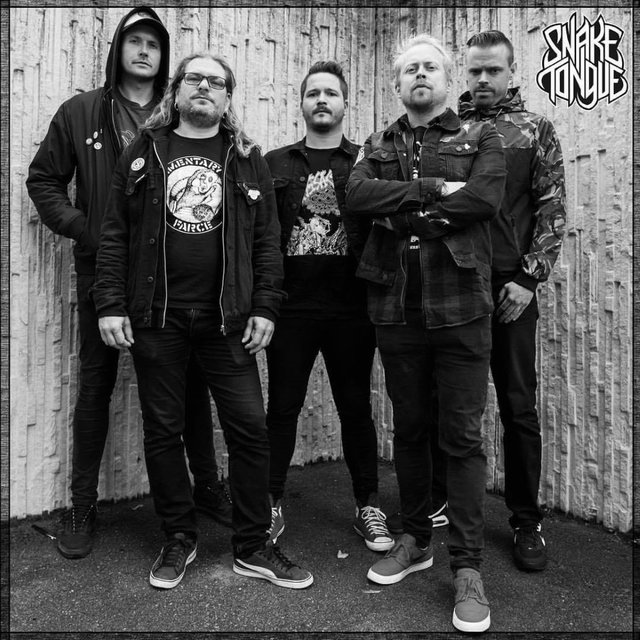 Snake Tongue have just released their new single “Derailed”. The first single from the upcoming EP “No Escape No Excuse” that follows on from their debut album “Raptors Breath”

Since the release of the debut album “Raptors Breath” Snake Tongue  have done countless shows, toured Europe and Mexico and shared stages with bands such as Massacre68, Doomriders, Coliseum, All Pigs Must Die and more.

With the No Escape – No Excuse EP the band wanted to have a more rough and dirty sound than the quite polished debut. They entered the studio with Seth Norder as producer to get the right darkness.

Again Brad Boatright (Audiosiege) did the mastering. The dark and harsh lyrics on this EP reflect a reality/society in decline, but also calls for action, resistance and reflection.