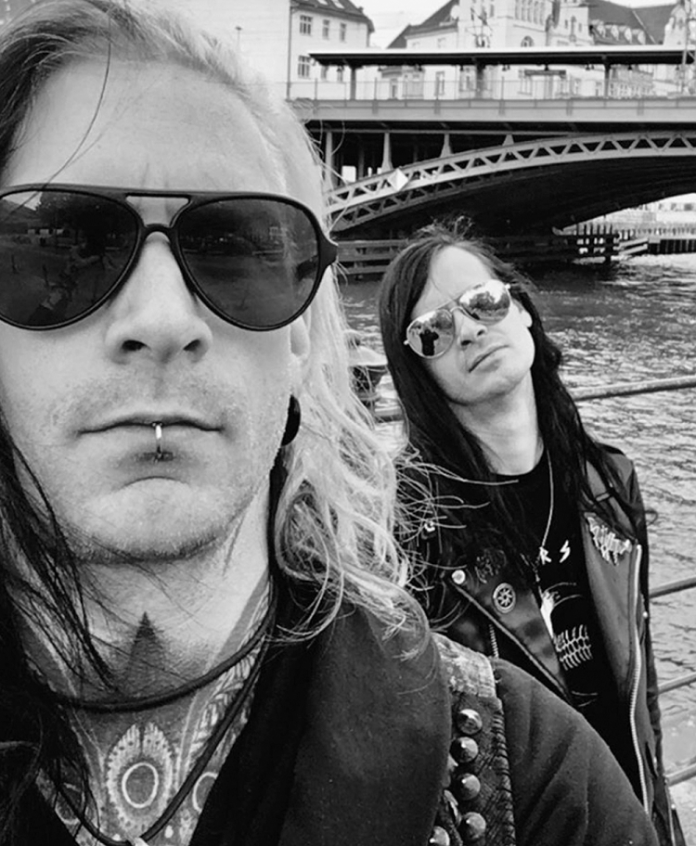 Statiqbloom combine hard beats and haunting electronics with disorienting vocals to create pulsing, raw post-Industrial music. ‘Beneath The Whelm’ is the brand new album by the Brooklyn, New York based duo and sees a sharpened progression in their approach, combining hallucinogenic synths, seething rhythms and grim atmospherics into a thunderous set of dark electronic sounds.

The group is the brainchild of Fade Kainer (born in Germany and also known for his work in Theologian and the metal band Tombs), who began Statiqbloom as a solo project in 2012. Releasing debut EP ‘Mask Visions Poison’ the following year, it was hailed as a return to old school industrial electronics in the vein of Skinny Puppy and Front 242 and saw him acknowledged as a talented new presence on the scene.

A split EP and two limited cassette only titles followed before Kainer enlisted producer Denman C Anderson to join him in Statiqbloom. They have subsequently released the album ‘Blue Moon Blood’ (2017), the EP ‘Infinite Spectre’ (2018), plus the 2019 album ‘Asphyxia’, which drew on the grittiness of 80’s industrial music and EBM and received excellent reviews worldwide. ‘Asphyxia Remixed’ was released earlier in 2020.