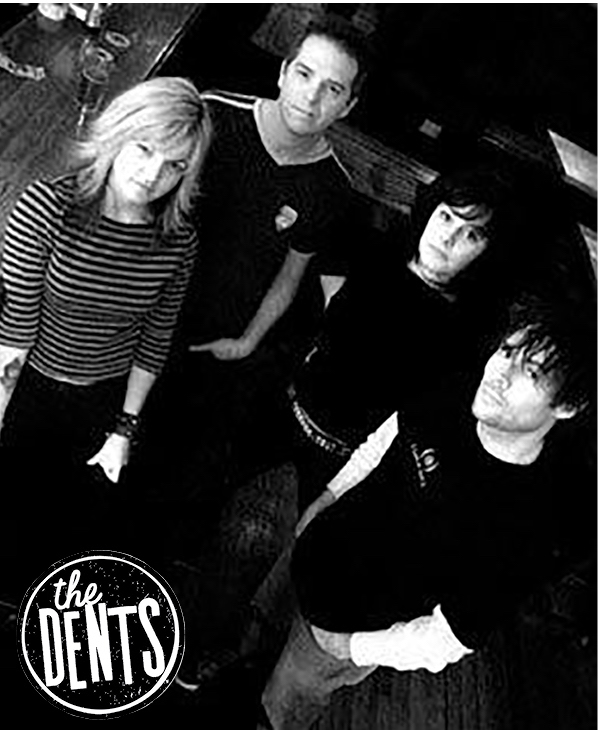 The Dents are a Boston punk rock band formed in late 2002/early 2003.  Catchy, honey-and-grit harmonies from bassist Michelle Paulhus and her fellow frontwoman and songwriter, singer/guitarist Jennifer D’Angora, blistering guitar solos from Craig Adams’s lead guitar, which can veer from a Van Halen assault to Sonic Youth feedback in a second and the pounding rhythm inflicted on the listener by Kevin Pickering, best describes the timeless rock n’ roll sound of The Dents.
We know there is so much going on in town, around us. and in the world today. Music keeps us together, music keeps us whole, and music is our call to arms.  The Dents are a band and name we all know, 15 years ago they made it to the Finals of the Boston Rock & Roll Rumble, they had a CD out on Abbey Lounge Records, a split 7inch with The Street Dogs as well, and were either headlining every club, bar amd hole in the wall in town or supporting national acts on some of the mid-larger size clubs in town.  The members of the band have remained consistent and constant in Boston over the years and this year 2020 marks their return to new music, new recordings and partnering with Rum Bar Records (owned and operated by one of the co-founders of their initial home Abbey Lounge Records).  The Dents have come full circle, and what we have for you today is their call to arms… Last One Standing.
We hope you will give it a spin, or two, or a dozen, and dig! Please consider sharing, spinning on the air, reviewing, and letting your loyal supporters, listeners, and readers know it is available (as a FREE Bandcamp Download) now:
https://rumbarrecords.bandcamp.com/track/last-one-standing-free-digital-single-remix?fbclid=IwAR1CIx5d5Uwy9tRkDBJGNawdEZRhYkg5AuzOjtiQ3RjQYRTUGFcwkWlgjI0
Followed by a brand new EP this Summer on Rum Bar Records.