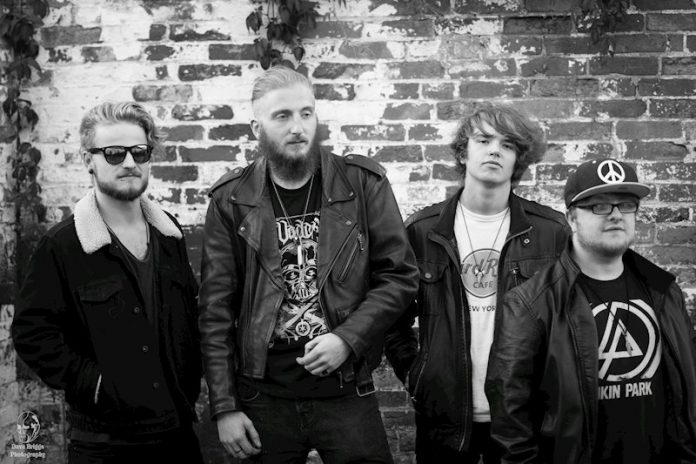 The Howling Tides release video for first single ‘Crack My Soul’ on 4th June, out on WDFD Records. This is the first release from their new EP ‘The Howling Tides’ which will be released on 29th June.

The Howling Tides are a Hard Rock band hailing from the midlands, four lifelong friends fusing energised musicianship with powerful, potent songwriting. Taking influence from legends of Rock, Metal, Blues and beyond, the band strike out with a refreshingly original sound and vibe that’s all their own.

They have played hundreds of shows, released 2 EP’s and racked up rave reviews and significant radio airplay including receiving acclaim from Planet Rock’s Paul Antony & Kerrang!’s Johnny Doom (under their previous monicker Anonymous). With a hard-earned reputation for energetic and powerful live shows, The Tides have shared lineups with the likes of The Dead Daisies, Crazy Town, RavenEye, Bad Touch, and many more, always pushing for greater Musical heights, in the true spirit of the legends that influence them.
The Howling Tides have recently returned from the Hard Rock Hell Ibiza festival, and are now gearing up for the release of a brand new 5-track EP, (Produced by modern-day British Blues Rock legend Aynsley Lister) available on all major platforms June 29th. With an unrelenting desire to deliver soulful Hard Rock and unforgettable live shows, The Howling Tides are a band set on making their mark.