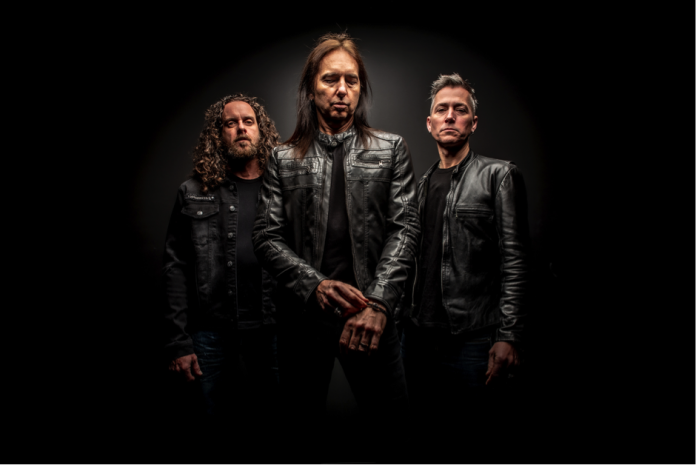 Damon Johnson is pleased to announce his forthcoming new album, “Battle Lessons’, on the 19thFebruary 2021. The album sees Damon cementing his band line-up as Damon Johnson & The Get Readyand is the follow up to the 2019 album “Memoirs Of An Uprising”.

“Battle Lessons” is a stunning collection of nine original songs. From the insanely infectious melodies of album opener and first single “Battle Lessons” to the groove riffing of “Shadow Country”. From the driving chorus of “Brace For Impact” to the beautiful acoustic “Love Is All You Left Behind”, this is an album infused with melody and emotion. Written and recorded throughout 2020, the album was produced and mixed by Nick Raskulinecz(Foo Fighters, Rush, Mastodon), a connection Damon made whilst working with Nick on Black Star Riders.

The album see’s Johnsonreturns to his original hard-rock sound, feeding that fire he first discovered as a teenager playing Van Halen and AC/DC covers while in garage bands.  “These are as good of songs as I’ve been a part of creating, ever in my whole career,” Johnsonsays.

Damon has an illustrious career as a guitarist, vocalist and songwriter for Brother Cane, Alice Cooper, Black Star Ridersand Thin Lizzy. Johnson‘s songs have been recorded and sung by stars like Stevie Nicksand Steven Tyler.

In 2019Johnson released Memoirs of an Uprising, a solo project that is both fierce and diverse. The first single, “Shivering Shivering”became an instant Top 10 Rock track. Immediately following that albums release Johnsonspent the remainder of the 2019 on a series of dates crossing North America including several shows withThe Winery Dogs(a supergroup of rockers featuring Richie Kotzen, Mike Portnoyand Billy Sheehan), a run of shows supporting Clutch, and the U.S. leg of the UFOtour.

Damon last toured the UK and Europe in 2018 with ex band mate Ricky Warwick (Black Star Riders, Thin Lizzy, The Almighty). Damon Johnson & The Get Ready will tour the UK and Europe as soon as restrictions allow.
Follow Damon
DamonJohnson.com—Facebook—Twitter—Instagram—Youtube–Spotify