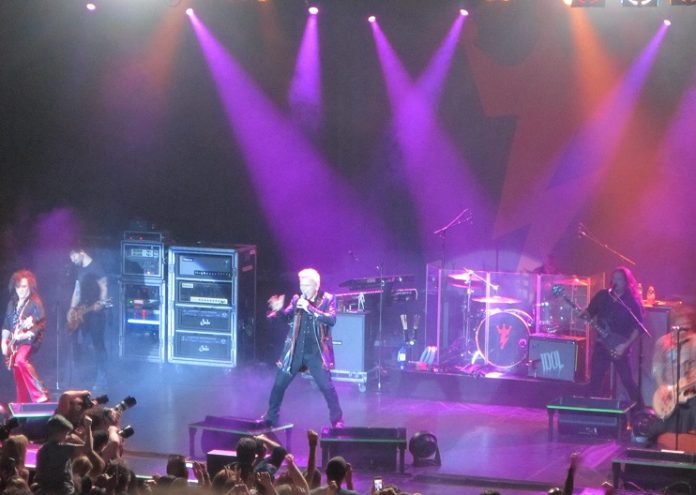 “I bought this single when I was 13” says Tom Spencer, frontman for The Professionals, right before they play “Just Another Dream” – the first track the band ever released back in 1980. “I was too young for The Pistols,” he says, but I had these”. Now he’s in the band – and the presence of Spencer, once of the Yo-Yo’s, along with that of ex-Three Colours Red guitarist Chris McCormack, is enough for those of us who bought records in the heady days of the late 90s to not even notice that the drummer is Paul Cook. And in fairness, this mix of old songs from The Pros first go around (when Steve Jones was in the band too) and material from their stellar return record last year, satisfies all the needs. Punky stuff like “…Dream” and the Pistols “Silly Thing” is followed with the likes of “Going, Going, Gone” (written for Bowie and Lemmy) and “Hat’s Off” a more political thing concerning the homelessness crisis that this government has allowed to occur, both of which could have come straight off the lost classic that is the Yo-Yo’s debut album. A brilliant 30 minutes, and one which shows the need Cook has to still make music. For the others it might be more vital. “There’s only one millionaire in the band” smiles Spencer, “the rest of us are on peanuts, so please buy our stuff.” Whatever it is that drives them, The Professionals are doing it right. 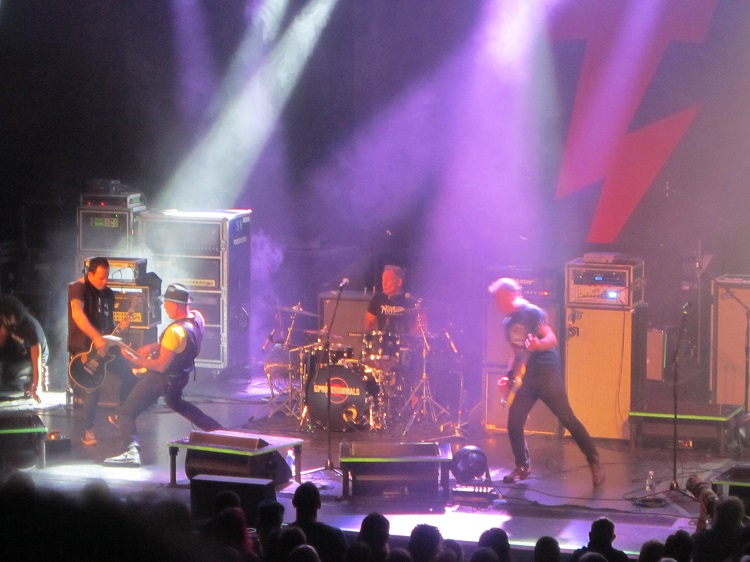 Before I came to this gig tonight, I was watching the cricket One Day International between England and Australia on TV. They were analysing the technique of one of the English batsmen and one of the commentators said this: “You know, we focus too much on the weaknesses here, those weaknesses can also be strengths.” That sentiment, in a weird way, could apply to Billy Idol.

The end of the set is three copper bottomed, huge tunes. The sort that transcend, cross over, call it what you like. “Rebel Yell” and the encore of “White Wedding” and Mony, Mony” are the best things here too. That is self-evident, and there is perhaps something of a feeling that the rest of the show is leading up to them. However, on the flip side, having three songs that are huge is three more than most bands get so of course Idol should milk them for all he’s worth.

That’s not to say, either, that the rest isn’t worth seeing. “Shock To The System” is a glammed up opener, “Dancing With Myself” – from his old Generation X days – sees Idol stand at the back of the stage, like a sideman, as Steve Stevens and Billy Morrison (who are superb throughout) trade licks.

With enough material to change set every night, “Flesh For Fantasy” makes an appearance here, as does the seldom played oldie “Hole In The Wall”. “Eyes Without A Face” is still a fine piece of balladry, while newer stuff like “Whiskey And Pills” is still full of lip-curling swagger.

And Idol too, is still a formidable frontman. Energetic and in shape, there’s a moment where he takes his top off and there’s audible screaming. He’s in his mid-60s. And for that alone he almost needs praise.As he does for the show he and the band put on. As he puts it himself before “White Wedding”, “thank you Birmingham for making my life so fucking great” and he appears to relish these golden days.

Not as much, though, as he relishes the very next line he says: “now, Steve, show ‘em what a hit single sounds like, would ya?” A blessing, and a curse? Maybe. But crikey, watch them belt out the line about “it’s a nice day to start again,” and you wouldn’t be able to criticise anyone here. Billy Idol knows this, and he’s got the balance between giving them what they want and what he needs, just about right.