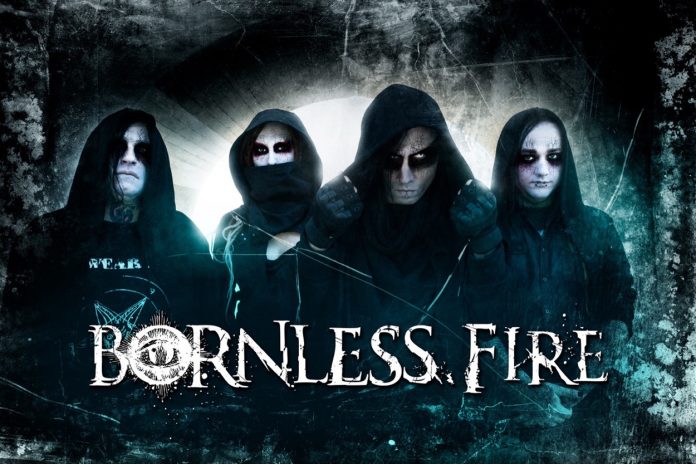 Bornless Fire is a new project from Kristof Bathory, who is better known as the driving force behind

that characterised the earlier years of DOA, Bathory returns to that style a battle-hardened veteran

of the scene with an expanded vision and renewed fire within him.

Having shifted DOA into extreme metal territory, a subsequent tour by the band saw Bathory begin

bringing back a previous, buried era of that music and modernise it with his current skills.

“I feel that this project is where I left off after ‘The Crypt Injection’ [DOA album from 2007]. It just

sounds more like dirty industrial and less EBM. So basically it has that early era of DOA’s sound

mixed with late 80’s, mid 90’s and early 00’s Industrial that I have really been inspired by.”

perceived crisis within the downfall of humanity as twin themes in his new project, while explaining

that “the name is derived from the ‘Bornless Ritual’ that is from Greek/Egyptian origins. The term

‘Bornless’ actually means without a beginning. I then tied it in with the ‘Black Flame’ to represent

the divine spark that is within the evolution of human beings.”