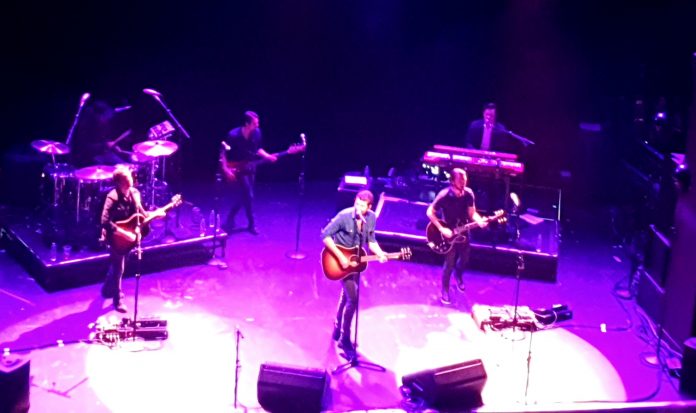 “It’s my first time in Cambridge……” says Lauren Jenkins, who promptly looks aghast, before giggling, “But my last time in Birmingham…..” As faux pas go, no one cares. But the personable Carolina-raised singer still has a winning way about her as she seeks to win the second city over. She does, of course, by virtue of her own songs being rather good – “You’ll Never Know” offers a take on unrequited love (“his wife is a supermodel, it’s all good,” she laughs) “Girl Of My Dreams” is about the person she wishes she was – and her well chosen cover of “Hungry Heart”, which actually manages the no mean feat of bringing out a new side to the song. By the time “Running Out Of Road” is done, by and large, she could call us whatever she liked and it wouldn’t have mattered because she had done her job. For all the smiles and fun, there’s a side to her, shown in the song “My Bar” – dedicated to her cheating ex – that suggests you underestimate Lauren Jenkins at your peril, and she takes her songwriting very seriously indeed, even if her geography needs a little work. 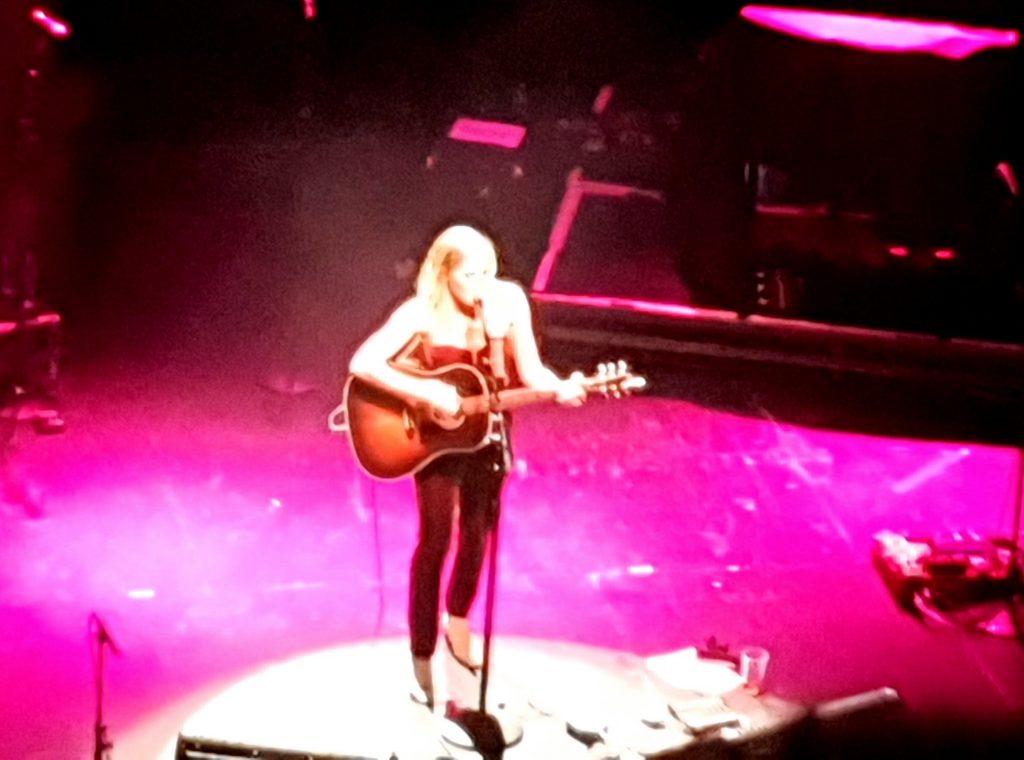 It’s something so small that I might be the only person that noticed it, indeed I might be the only person in the world to draw this inference from it, but, during “Somethin’ I’m Good At”, the  second song in to Brett Eldredge’s set tonight, bass player James strolls up to piano player Ian (who, we find out later is wearing a new shirt) and pretends to hit him with the neck of his guitar. The keyboard player does a WWE style fall back and the two collapse with laughter.

It caught my eye, and having seen many, many gigs where the band clearly don’t like each other, that tiny little episode more than made me smile. Rather, it encapsulated to me, the warmth of the show.

Brett Eldredge, let’s not forget, has sold more than half a million records and got more awards than the teacher’s pet at school. Along the way got as many number ones as The Beatles (ok, I exaggerate, but not by much….) and has come halfway round the world tonight and sold this place out. That top tier they barely ever open? Yep, I am sat in it.

But they are the facts, lets talk about the vibe instead. Because more than anything, Brett Eldredge, it seems to me, is enjoying being on this stage, in this town, with his friends, and he’s playing the music he obviously loves.

“Don’t Ya” is a hit single (his first number one), and that’s how you do it – albeit its more bluesy than the rest, “Crowd  My Mind” does balladry just right and “Drunk On Your Love” has a big chorus that is enthusiastically lapped up by the crowd, and it needs pointing out that they know pretty much every word throughout, not just here.

However, arguably the most impressive thing is the two song acoustic interlude. This, you suspect is how he started, and arguably too how he envisaged being. “Raymond”, about his grandmothers struggles with Alzheimer’s, is genuine and genuinely beautiful, and is perhaps the highlight of the whole thing.

The band return – and a little like Chase Rice, an obvious contemporary, did last week downstairs in this building – they rev it up for the last few. “Magnolia” is very nearly southern rock of the Whiskey Myers type, “The Reason” segues neatly into a take on “My Girl” and “Fire” absolutely screeches its way in.

The main set ends, as I guess it could only do, with “Wanna Be That Song”. Over a million streams and 400,000 of the things sold, and really it is his modus operandi. Eldredge does just want to make people sing along it seems, and there is nothing wrong with that.

He appears with Ian for “One Mississippi”, a moment of calm before “Beat Of The Music” – his second chart topper – adds the band and brings it home. Home, actually is the appropriate word, because although he’s a long way from Illinois, where he was born, or Nashville, where he went to seek fortune, Brett Eldredge is among friends here.

Proof that a great band, some quality songs, hard work and a winning attitude transcends borders, nationalities and classes. Brett Eldredge is doing exactly what he set out to do and doing it fabulously.