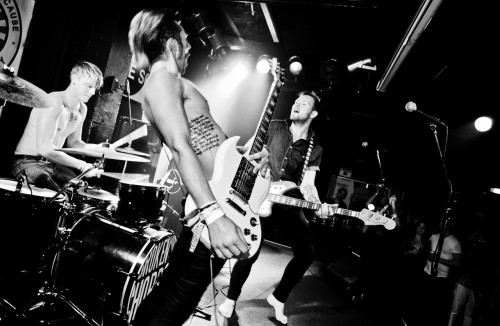 New British hard rockers Broken Chords, who’s single “Get Some,” has been receiving heavy rotation at the MV offices, are heading out on their first national tour – and we will be there.

The three piece support Bernie Torme for a series of shows which kick off this week in Leamington Spa, and they have kindly agreed to sit with us pre show to discuss all their plans.

Almost as soon as the Torme shows are over, Broken Chords are back out on the road, this time supporting Aussies Electric Mary.

The tours are something the band is looking forward to, adding: “Playing live is the most important thing we do. It’s what we’re all about. It’s one thing playing in the studio, but on stage on front of a crowd with all the atmosphere is where the music really comes to life. There is no substitute.”

The band have recorded material with producer Gez Walton, who has worked with Skindred, and the results are on their website

Their tour dates are here