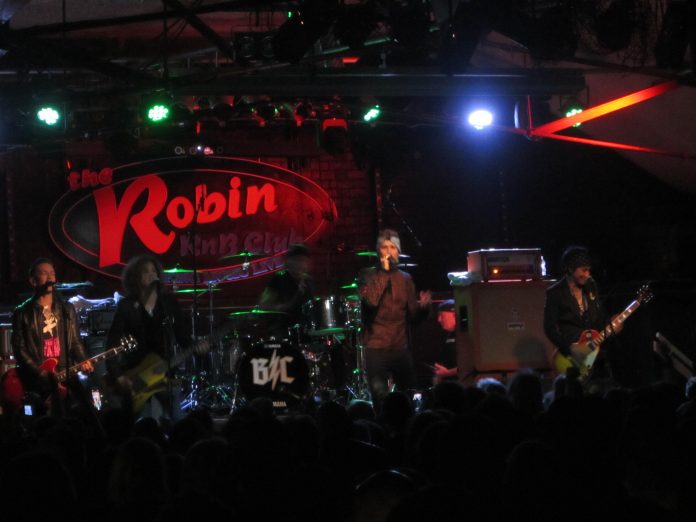 Status Quo may not be able to live without the rain but by the time I’d come down Lichfield Street and into the Robin 2, I could have quite happily composed a song extolling the opposite. But it didn`t take long for me to dry out in this packed venue as Cambridge hard rockers The Treatment cured my ails. I was reflecting back as to when I first saw these guys and it was on the Powerage tour back in 2011 at Nuneaton`s Queens Hall. The band released their latest album, Power Crazy in March so understandably there were a few cuts from this release shared tonight. We had `On The Money` with its ZZ Top inflections, `Bite Back` which had a tinge of AC/DC about it but a really catchy hook line of “Bite Back” and the sleazy, bluesy `Luck Of The Draw` but the fellas have this crowd eating out of their hands with earlier tracks such as the blistering `The Doctor` and `Shake the Mountain` before they get the faithful to sing, shout and jump around to `Get The Party On` closing tonight`s set out. It was great to see this young band again and a promised outing again early next year is something to look forward to. 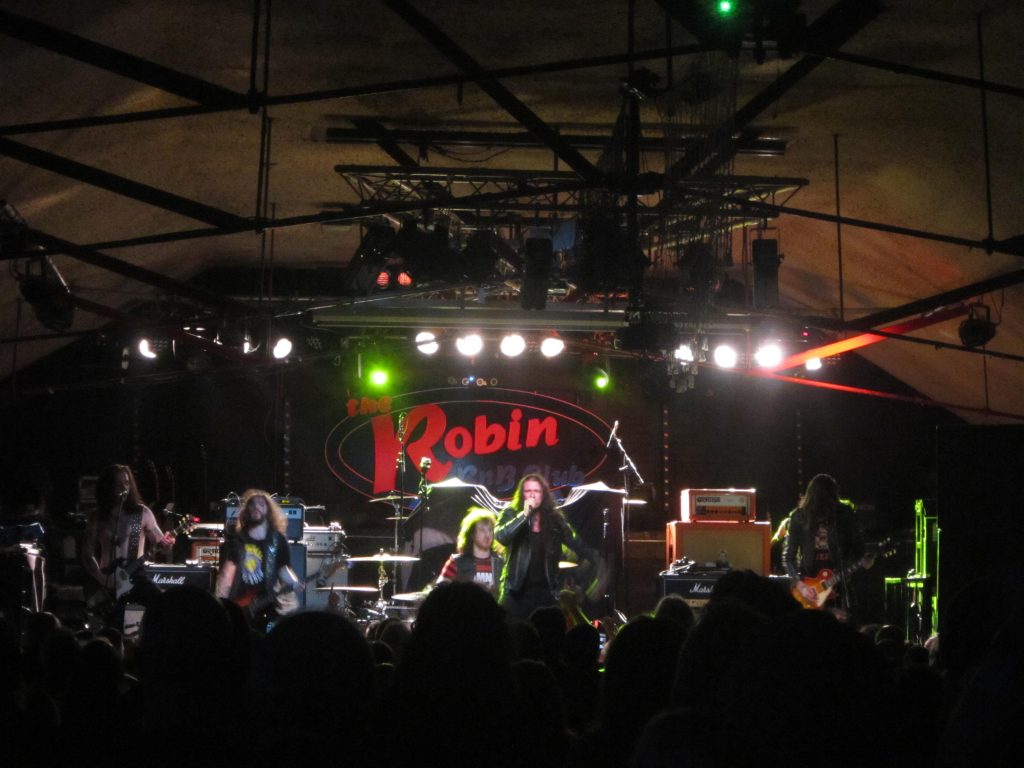 This was probably the perfect venue for this Golden State sleazy hard rock band. It`s full but just short of being uncomfortable. The guys hit the stage and share a cover of Nine Inch Nail`s `Head like A Hole` a track from their recent “Warpaint” release. It shouldn`t work but it certainly does and it`s a cracking introduction to tonight`s proceedings. Older cuts `Porno Star` and `Ridin“ are shared before a ballad from the latest release is offered up with `Radio Song` which shows a mellow side to the band that we don`t usually get to see. Josh and the band are out celebrating twenty years and they play a track from their debut album with `Lit Up` a song possibly extolling the virtues of cocaine. `Somebody Fucked With Me` follows and it could be a cut out of Rage Against the Machine`s songbook. The thumping `Bent` from the latest release gets pumped out before the wonderful `Out Of Line` has the packed crowd jumping around. The show closes out with a variety of tracks that include the funky `Too Drunk`, the soulful ballad `Sorry`, slamming `Gluttony`, rocking `Right Now` and a bizarre cover of Kenny Loggins`s `Footloose` amongst them.

What can you say? This was a cracking night with a cracking band that gave us a real Saturday night out to remember. The troupe are not only very musically adept but compulsive viewing with Josh Todd stalking the stage looking like a cross between Willem Defoe and a young Steven Tyler. These sorts of nights are what Rock n Roll is all about.