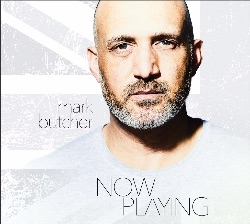 On 5 July 2019, Mark Butcher, best known for his highly successful career in cricket, will release his self-penned second album entitled ‘Now Playing’ via Man In The Moon Records. The thirteen-track album, available on CD, Vinyl, Download as well as all major streaming services, also features the brilliant new single ‘Country’ which precedes the album by a week. Mark is due to tour the album this summer with his band.

‘Now Playing’ follows Mark Butcher’s critically acclaimed debut album ‘Songs from the Sun House’ which was inspired by his experiences of life, love and loss. The new set takes on a wider view and a tougher sound, though human stories are still a central part. As Butcher explains; “The songs are a reflection of the times we are living in, though optimism is never too far below the surface! They are about humans; the glorious screw-ups that we are & the doubting saviours we can be.”

It’s worth paying attention when the legendary Eric Clapton says “great stuff!” about anyone’s music, and Mark Butcher not only bowled him over but has since found fans in many other spheres. Since retiring from professional cricket, Mark has become an expert commentator and pundit on Sky Sports, talkSport, TMS and various overseas broadcasters, along with focussing on his love for music. A skilled guitarist and vocalist, Mark has also written, recorded, and performed around the UK & Europe as a member of UK Blues Supergroup, The Boom Band; sung duets with Sarah Brightman on the BBC, and traded licks with Albert Lee and Bill Wyman at the Royal Albert Hall.

“Boom Band leader, Matt Taylor, asked if I’d write lyrics for 3 songs on a new project of his. I obliged and 2 of the 3 made the cut, leaving the third without a home. A year later, the unused lyric was still burning a hole in my songwriters’ pocket, so I asked Matt Cooper, keyboard virtuoso of the band Incognito (who I’d met after a gig “you’re that cricketer aren’t you…?”) to collaborate on the song with me. We demoed it in an afternoon and left it at that. Another year passed before I sent the recording to Eddie Piller of Acid Jazz Records – and that’s when things started to move a little. I was introduced to bass player/ songwriter/producer Andy Lewis, he brought in his partner-in-crime Pete Twyman, and the project that is ‘Now Playing’ was born.

The track that kicked it all off, Take Hold of This Manis the final song on the new album. The other 12 were crafted with the old-school pop ethos of ‘get in, hit it hard, get out’, and I reckon we stayed true to that premise.” Or as producer Twyman put it, “So imagine walking into a studio and you’ve got a drum kit, a couple of amps, a Wurly, an old upright piano, and a Hammond. And that’s it. Then let the songs kind of tell you when they’re where they should be.”

‘Now Playing’ Tracklisting: (all songs by Mark Butcher unless stated)