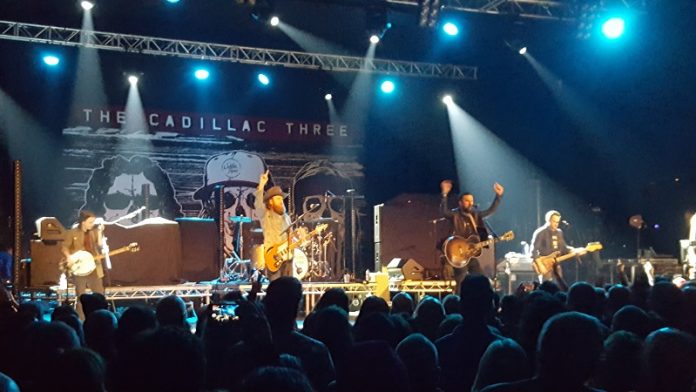 Keith is there as The Cadillac Three regale a small part of Birmingham (England) with tales of drinking and home. But mainly drinking.

The roadworks by the O2Academy created a traffic jam which brought the whole area to a standstill and fans were still legging into the venue as Brothers Osborne walked on stage to a half full house. TJ stepped up to the mike and started to sing Na Na Na Na Hey Hey-ey and instantly had the crowd singing with him as the band kicked into Down Home and then straight into Rum, both of which have choruses that the increasing number of fans could sing along to.  With only the album Pawn Shop under their belt it would be easy to stick to songs from that but they unveil Shoot me straight, which will be on the next one, and it fits in beautifully with the set and allows John to show his guitar prowess.

The banter between the brothers TJ (vocals/guitar) and John (guitar, occasional vocals) is natural as John reminds the fans that he’s married to an English girl who told him it’s not BirmingHAM but Birmingham. TJ confesses that he once corrected John’s wife only to be reminded that he’s speaking English.

Stay a little longer initially slows proceedings down before once again allowing John to open up and pick the pace up as they close the set with It Ain’t my fault, the single which has had the most airplay recently.

So here’s the conundrum. Pawn Shop is 80% a Nashville country album but this is 80% a rock gig, either way Brothers Osborne are another support band who along with The Sheepdogs, The Record Company and The Picturebooks have been embraced on this side of the pond. The fact that they’re back here in May on their own headline tour shows the potential that this band has. 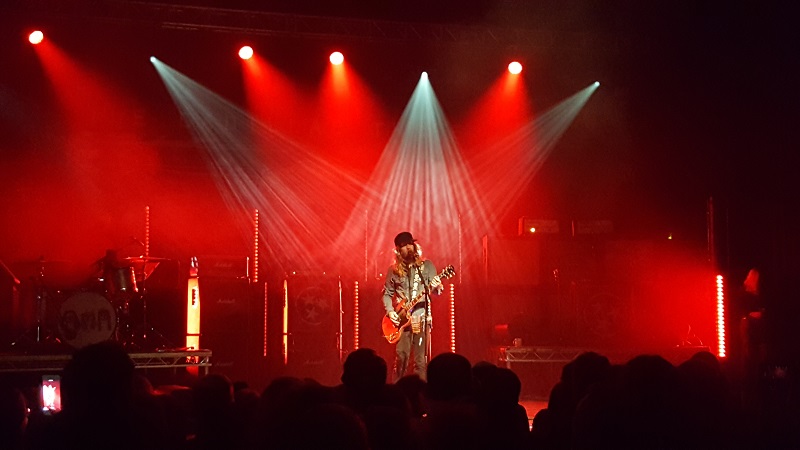 It’s three years and three days since I saw The Cadillac Three at the now defunct Oobleck with 99 other people but tonight, as Jaren Johnston tells us, they’re playing to 1,800. And three, because Broken Witt Rebels who supported them in Europe are standing stage side, and unlike the Oobleck the sound is crystal clear as Misirlou blasts out from the speakers (that’s the theme to Pulp Fiction to you and I). Opening with Peace, Love & Dixie and Slide from 2016’s Bury Me In My Boots is a great move as it gets the crowd singing and onside immediately before turning to Hank & Jesus from the new album. Regular touring has polished their performance and the bigger stage gives Jaren the chance to wander during solos and give more presence to what was a very static show at the tiny Oobleck.

Catchy song after catchy song shows why Jaren is an award winning and much in demand songwriter in Nashville; but don’t think that this is a one man show. Whilst Neil Mason might have one of the smallest drum kits on tour, he drives the songs forward with real tempo and verve, and Kelby Ray plays a blistering solo during Whiskey Soaked Redemption on his lap-steel guitar. As Jaren quipped at one point; country needs metal!

Drunk Like You, Tennessee Mojo, Dang If We Didn’t and White Lightning are crowd pleasers but the new songs fit into the set like old favourites. Coming to the end of a six week European tour Jaren dedicates Legacy to his 7.5 month old son who he’ll see again in five days’ time. TC3 have matured as a band and look to be establishing a live reputation that will see them back here in due course and almost certainly at a festival near you.