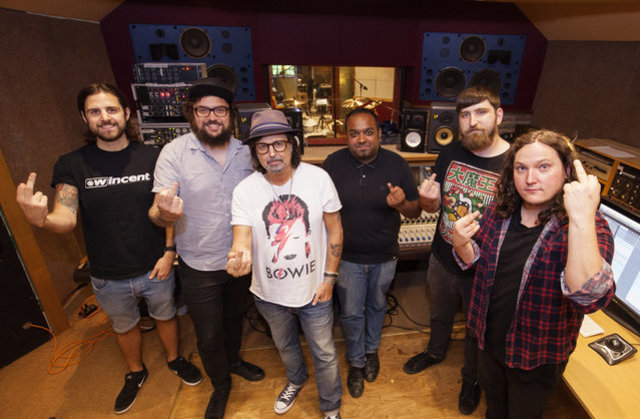 PHIL CAMPBELL AND THE BASTARD SONS, led by the legendary MOTÖRHEAD guitarist, have announced that they have entered the studio to record their eagerly anticipated debut full-length album together with producer Romesh Dodangoda.

The album is scheduled for an early 2018 release via Nuclear Blast.

The band have also announced that they will be supporting Australian rockers AIRBOURNE on the UK tour in November. Phil commented on the recording and UK dates: “I am very excited to announce that we have started recording our full length debut album for PHIL CAMPBELL AND THE BASTARD SONS. We have spent the last few days at the legendary Rockfield studios in Wales, soaking up the atmosphere and getting inspired! We hope to finish the recording by late September with an early 2018 release in mind. We know you bastards are gonna love it!

We are also even more excited to let you know we will be joining the awesome AIRBOURNE on their UK tour in November. We can’t wait to share the stage with them and hope to see a lot of our fans there too. Until then play it loud and have fun!!”

The band recently released the exclusive digital only live EP Live At Solothurn, which is available via all download and streaming platforms.