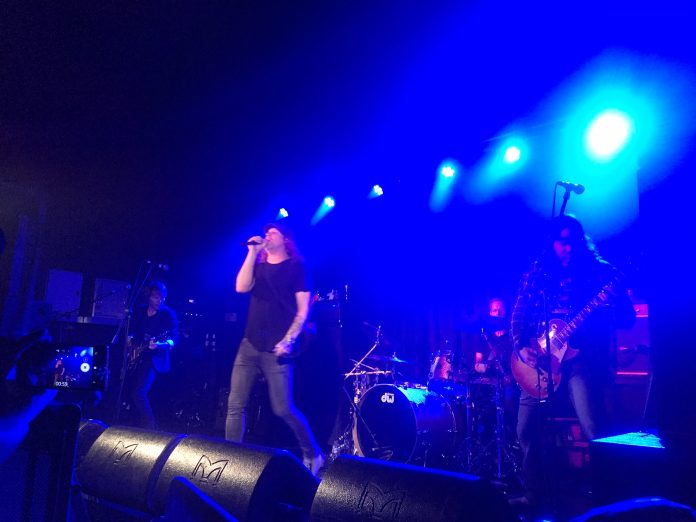 Time flies and all that, but it is still ridiculous to think that it isn’t a million miles off a decade since I first saw Liberty Lies support Rival Sons. What was once the Midlands’ most hotly tipped have now, perhaps, become stalwarts, but you can’t disguise the fact they’ve always had talent. “Undivided” from their “Fracture” EP is now four years old, but still sounds good, for example. The Black Country boys are readying a new record for later in the year and a couple are aired from it, “Letters” and “A Thousand People”. Whether the album can see them regain their momentum remains to be seen, but there is a certain wry smile, maybe, in their last song “Are You Listening”, because, as always when it comes to Liberty Lies you really hope they are. 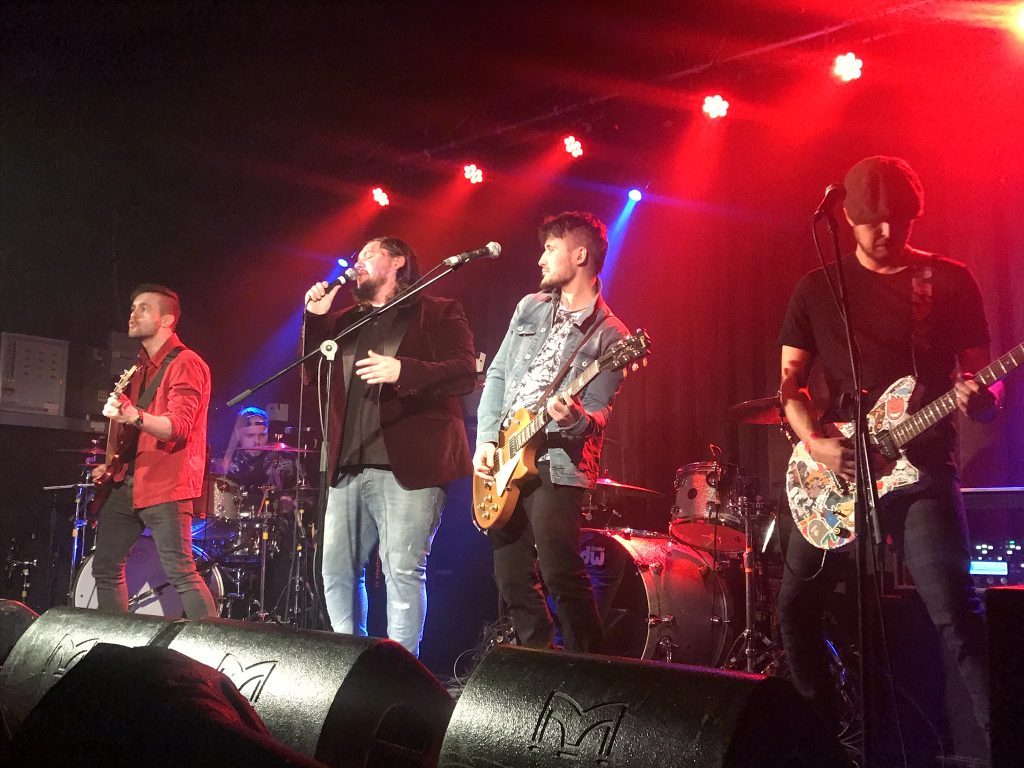 Mark Daly is convinced that he has some deep connection to tonight’s headliners. “Kevin from Candlebox might be my real dad,” he suggests at one point. That’s a matter for the courts – possibly – what is more certain is that Daly, who has worked in Operation: Mindcrime with Geoff Tate, is particularly impressive. Hard to pin down, too. One minute he’s doing a rock thing in “Piece Of Mind”, the next he’s doing something “weird” (his words) in “Addicted To The Throne” and then something country flavoured with “Rise Again”. Clearly talented and absolutely able to front a band, there is much to suggest that Daly is a talent to watch. Not least his closing number, the dark, bluesy “Don’t Look Back”. Mark Daly is having his first time in Birmingham, but I’m willing to bet it isn’t his last. 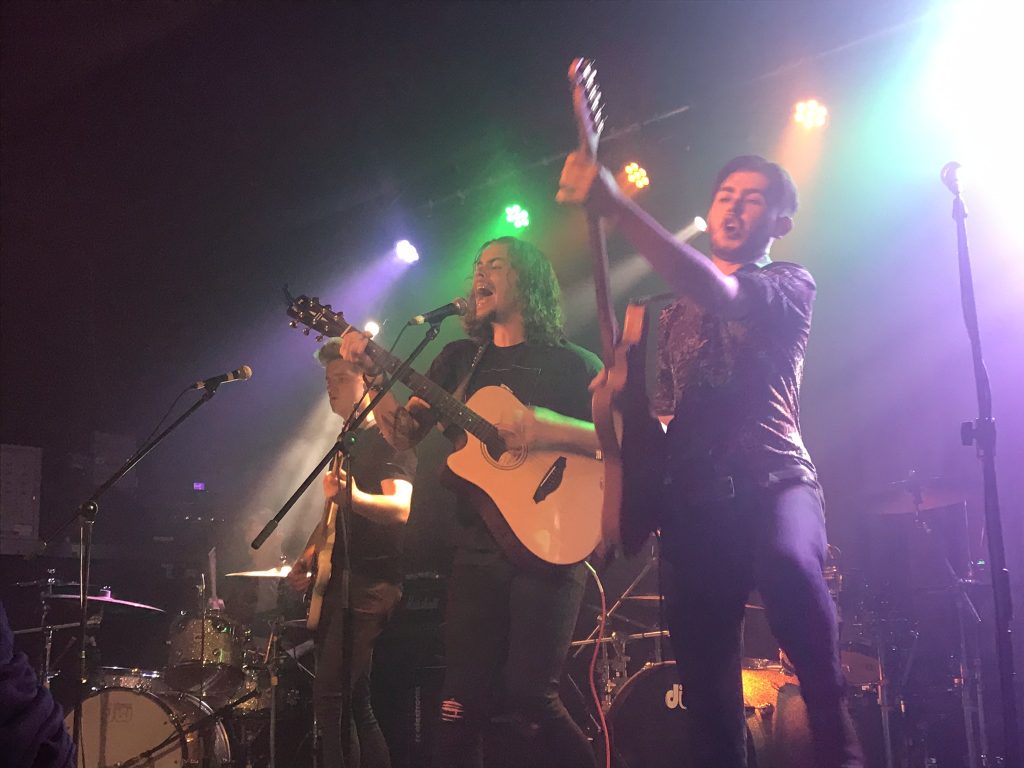 The intro tape, before Candlebox come out on stage is as neat a line in irony as you will find. Snippets of all the Seattle “grunge” bands, before the voice says “will you welcome Candlebox to the stage”.

Now, as I wrote when saw I AIC the other week, I have never been quite sure what “grunge” means at the best of times, but I’ll stick my neck out here. Whatever it is, Candlebox aren’t it.

They are a rock band, pure and simple.

Starting with a few from their debut record, “Don’t You”, “Change” and “Blossom” (“its for the ladies, there’s about six here”, deadpans singer Kevin Martin) and the trippy “No Sense” shows how well they’ve lasted the time, but they don’t just dwell in the past.

“Vexatious” is funky, “Sometimes” – in which Martin, who had earlier suggested we “steal the record”, demonstrates magnificent self deprecation by offering “oh look, one person knows this!”- show they’ve always had something of a knack for these things.

One of the more honest performances, given that everyone here is here because they want to share the music, and by that I mean both band and fans, “Sometimes” sees Martin don an acoustic for a song about his ex-wife, before the thing ends as it began: with a load from the debut album.

“Arrow” is delivered with passion – as to be fair is everything here – and “He Calls Home” is moving, even after all this time, and they are far from the only highlights here, as “Cover Me” exemplifies.

The last song “You” tells you everything about Candlebox in 2019. “We played this at Reading Festival in 1994, the place went apeshit, it was one of the best moments of my life,” reminisces Martin. That might not quite happen tonight, but in a way, that’s just fine. Because this was a celebration of those times, but more than anything, it was a celebration of a very underrated and misunderstood band.