A friend of mine has been championing the cause for John Murry for some time now, so it was quite fortuitous that he had been chosen to open out all the shows on Curse of Lono`s trek around the UK. He took to the stage before most of tonight`s sold out crowd had arrived. I`ve read articles that refer to him as dark, moody and melancholic and it`d be hard to disagree, But he is so much more than that and for me his sort of aloofness only made me warm to him. His short set started solo and ended with a few of the Lono`s joining him to fill the sound out. Highlights for me were `Little Coloured Balloons`, `Southern Sky` and a cover of John Prine`s `Paradise` This brief set certainly whetted my appetite for more of this unique singer songwriter. 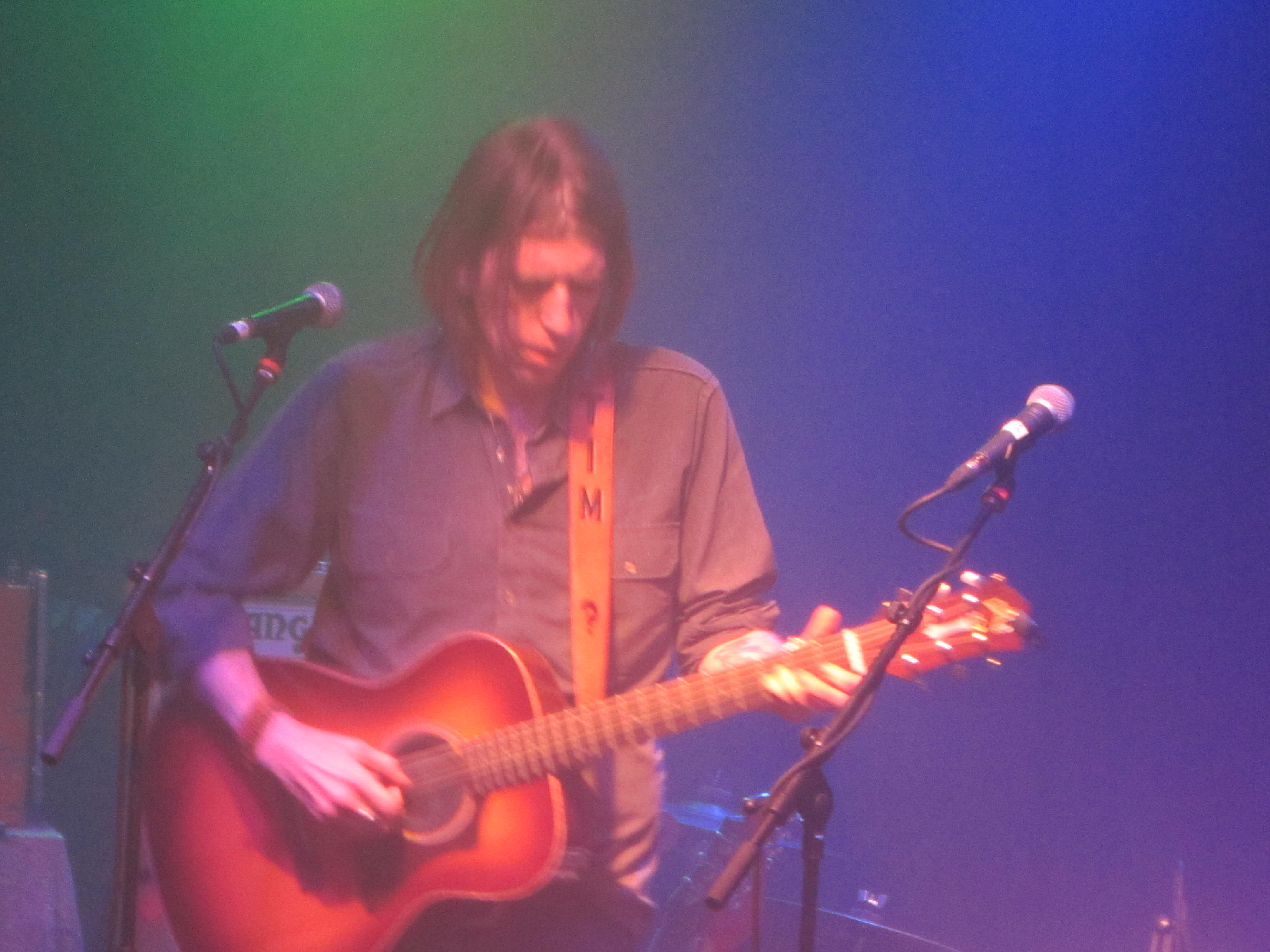 It`s the first night of the tour but there seems very little nerves as the band arrive and it`s straight into the compelling `Blackout Fever` and singer Felix Bechtolsheimer`s vocals subtly play off bass player Charis Anderson`s vocals. `London Rain` follows before `Way To Mars` a song Felix wrote for his young daughter to explain why her daddy wants to be a rock singer.

The upbeat `Send For The Whisky` gets a blast and guitarist Joe Hazell gets a chance to shine. A couple of love songs are shared with `I`d Start A War For You` written for the singer`s wife but has created mixed messages on social media and `Tell Me About Your Love` a song for the singer`s grandparents. `Goin` Out West`, `And It Shows` and `Welcome Home` on which Dani Ruiz Hernandez gets to delight us with his keyboard skills quickly follow before the band call John Murry back to the stage. John adds his vocals on a couple of covers with The National`s `I Need My Girl` and The Rolling Stones’ `Dead Roses` The show closes out with the intense `Don`t Look Down`

Although this packed audience are screaming for more, the band try to leave the stage but sort of fail and play three more numbers as the encore. Felix offers up a solo version of the heart breaking `All I Got` a song written around his previous addictions and toxic relationship at that time. A couple of songs that had been shouted for finish the night with the thumping `Pick Up The Pieces` and hypnotic `Valentine`

I have to admit I’d be hard pushed to describe the sound of Curse of Lono, there are so many influences at play, so it`s easier to say that they perform well written songs to great music and with a genuine smile on their faces. They have a real connection with their audience so much so that Felix was shaking hands with us all on the stairs as we left, minutes after the gig had finished.

A bigger venue awaits them next time they play our second city.