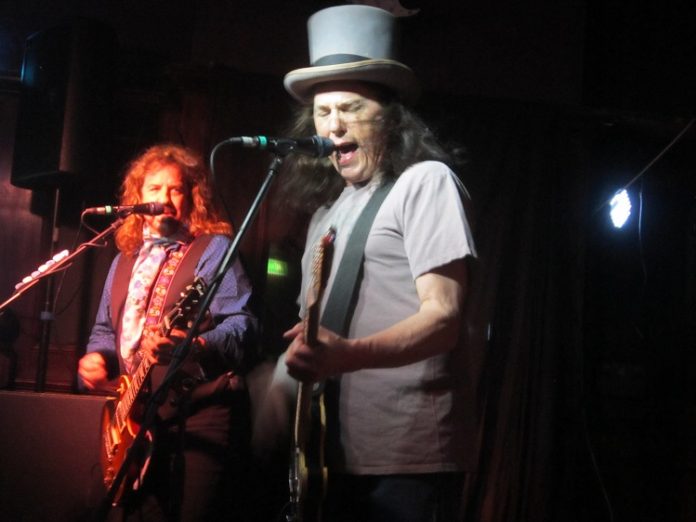 These days, basically Christmas is a waste of a day, but that wasn’t always the case. In fact, some were very good. In the late 1980s, someone in my family did what all families do when faced with a kid who is obsessed with music and gave me a compilation tape as a present. This particular one had a song on it entitled “Battleship Chains” by a band called the Georgia Satellites.

Fast forward 30 years, and I’m here, again, as I always try to be, to watch Dan Baird – he was the Satellites main man  – whip up a storm with his band, Homemade Sin, but tonight has an added bonus given the opening act is equally part of my history. About 10 years after I became enthralled with Baird, I was voraciously consuming anything that remotely sounded like Dogs D’amour, which led me to “Retrosexual” the debut album from Last Great Dreamers. That they didn’t achieve what they should’ve is old hat, and rendered essentially redundant, by the fact they are three albums into a comeback that is bearing rich fruit. Two songs from their just out “13th Floor Renegades” record are in fine company as the start here, “New Situation” and the title track, while there is something infectious about older material like “Ashtray Eyes” and “Glitterball Apocalypse.” Main men Marc – who is in particularly energetic form – and Slyder have a rare gift for a melody and something of Ginger’s ability to write an effortless hook. “The Way We Collide” is pure Beatles-esque pop, but it’s the other bands they recall, like The Clash – on “White Light Black Heart – or The Stones on “Miles Away” that add to the flavour. Indeed, whether they are harking back to their debut (“we played Evesham then, I think it’s a Wetherspoons now”) for “Only Crime” or coming right up to date with “Primitive Man” there is something special about these men who still dare to dream after all this time. 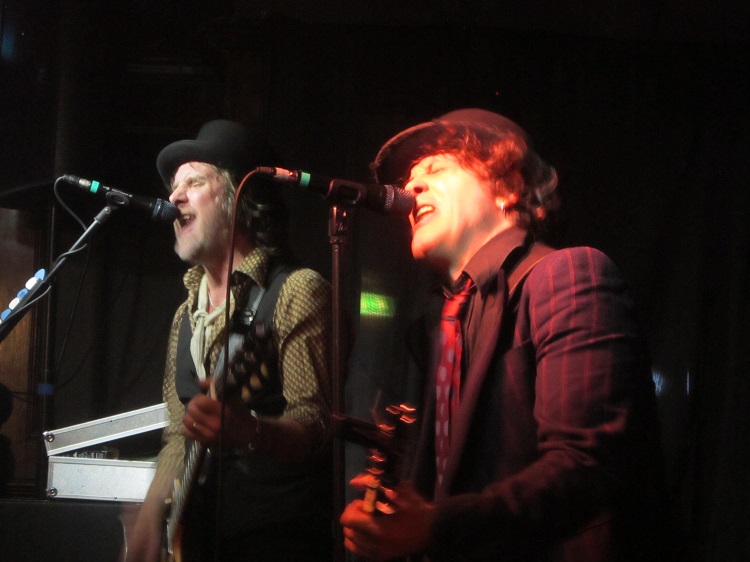 You know when you go and see a band like, oooh…. let’s just say Shinedown and give them their customary criticism on these pages, shall we? And it’s so slick and plastic you aren’t sure what’s real and what’s on a tape? Well that band is not Homemade Sin. Dan Baird and his merry men – are the most real rock n roll on the planet. They don’t even have a setlist for Christ’s Sake, and what is more there are frequent times in the couple of hours they are onstage when Warner E Hodges – Baird’s guitar god of a sidekick – is looking at him as much as to say: “well, are you going to tell us which one is next?”

Such a warts and all approach is not without consequences, however. Take the first song tonight, Dan and the boys are shaking it till its sore, and Hodges does that thing he does where he sends the guitar around his body while playing the solo. All of which is fine and dandy until his strap breaks and sends said Gibson careering into the drums and nearly decapitates drummer Mauro Magellan in the process. That the song carries on is all you need to know about the four piece, completed by bassist Shaun (“he’s half my age”, opines the frontman).

A Dan Baird and Homemade Sin is all about fun. Moreso tonight, possibly, with Baird thankfully recovered from his illness last year, and it is all about feeling and heart. To that end it scarcely matters what they play, more how they play them.

For all that, though, songs like “Moving Right Along”, a brilliant “Myth Of Love” and a slamming “Knocked Out Cold” are as good as anything, while the band’s ability is showcased again and again, but particularly when it comes to “Crooked Smile” you realise you are witnessing something incredible.

The Satellites classic “Keep Your Hands To Yourself” – not just the second song of theirs I heard over 30 years back as a boy, but also surely the only song to talk about “pre-milking a cow” in the history of rock n roll – is tossed out casually mid set (“at least you don’t have to wait for it all night, now”) and “Dan Takes Five” tears it up.

And, in fairness, they just keep coming. “I Love You Period” and “Julie And Lucky” is the best one-two combination since Mike Tyson in his prime, while the fact that Hodges himself requests Baird plays his solo tune “Get Out And Go” is the laid back nature exemplified. The night ends with the simple question: “shall we do “Railroad Steel”?”  and the freakout when they do proves there’s nothing quite like a bit of Sin on a Wednesday night.

There’s never an encore, there’s no Rockstar bullshit. Only an honesty that screams from every pore. Dan Baird and Homemade Sin are made to do sweaty rock n roll – and there’s no one better at it.