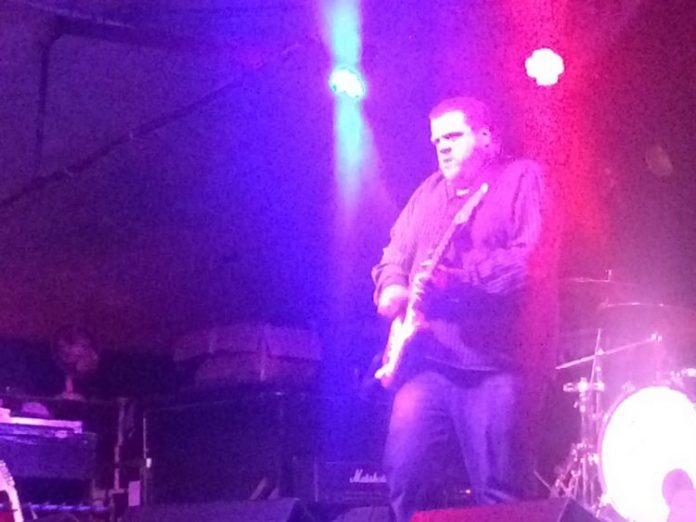 From slow suicide to the classics in 90 minutes

With their second EP out this week and their tour just starting, these have the potential to be heady days indeed for The Rainbreakers. That five tracker ” Rise Up” is a wonderful affair and live the outfit – from just up the road in Shrewsbury – add an extra touch of grit and flair to the mix. Afforded 45 minutes here, their skill as performers and songwriters is undoubted. The new songs fit perfectly, bringing a touch of Texas sunshine to a chilly night in the Black Country. “Not The One” and the title track are laid back blues, but where The Rainbreakers score is that they have their own formula which sees the soulfulness of “Waiting On You” shine through as lead guitarist Charlie Richards weaves patterns unlike anyone else. Earlier material too, benefits hugely from the maturity that comes with 18 months on the road and the likes of “Blood Not Brass” shows why they’ve always been so hotly tipped. With a laid-back nature to match their sound, the four piece are one of those bands that seem happy to let the music do the talking rather than make brash statements onstage. However, by the time the crunch of “Ain’t Nothing Going On” has seen them finish here, there’s no denying that their body of work already speaks extremely eloquently on their behalf.

“Are you ready for some blues? Well, we’ve turned into a country outfit, so that’s you fucked……!”

Roughly translated, that means “Hello, Bilston” and it also means Danny Bryant is making a welcome return. And doing so, as normal, in a trio. Recently he’s been playing with a horn section and keyboards (there’s a live album commemorating those shows out in a couple of weeks), but tonight it’s stripped down and back to basics.

And Bryant together with Dave on drums and Alex on bass is superb at it too.

“Slow Suicide (“about the Chinese takeaway up the road”, laughs Bryant”) and the title track of last year’s wonderful “Blood Money” record have become rawer over the 14 months since they were last in these parts, but of the original songs, there is little doubt as to which is the most special. The guitarist lost his father in the summer of last year (Bryant Snr had played with his son in the past) and dedicates the gorgeous “Love Of Angels” to him here.

There is, though, more to Danny Bryant than just original songs. Rather like Joe Bonamassa, his own songs are good enough to hold a show on their own, but he’s a fine interpreter of the work of others.

The highlight of these, perhaps, is his take on “Girl From The North Country” wherein he finds something in the track that even Dylan and Cash couldn’t, while his versions of “All Along The Watchtower” and Buddy Guy’s “Born to Play The Blues” are lovingly done.

There’s a cover for an encore as well. “Hoochie Coochie Man” is a song so mighty that playing a good version of it is like scoring an open goal, but Bryant bangs this one home in style.

But actually, it was something he said by way of a goodbye which captured the fun of the show perfectly. Bryant’s mother is selling the merchandise tonight. As he bids us farewell Bryant looks at her with a glint in his eye and says: “CD’s are £12….or its £12.50 for my mother.” It was that kind of night, and Bryant in this form shows just why he’s one of the most enduring British bluesmen.

Like the song said. He was born to do it.