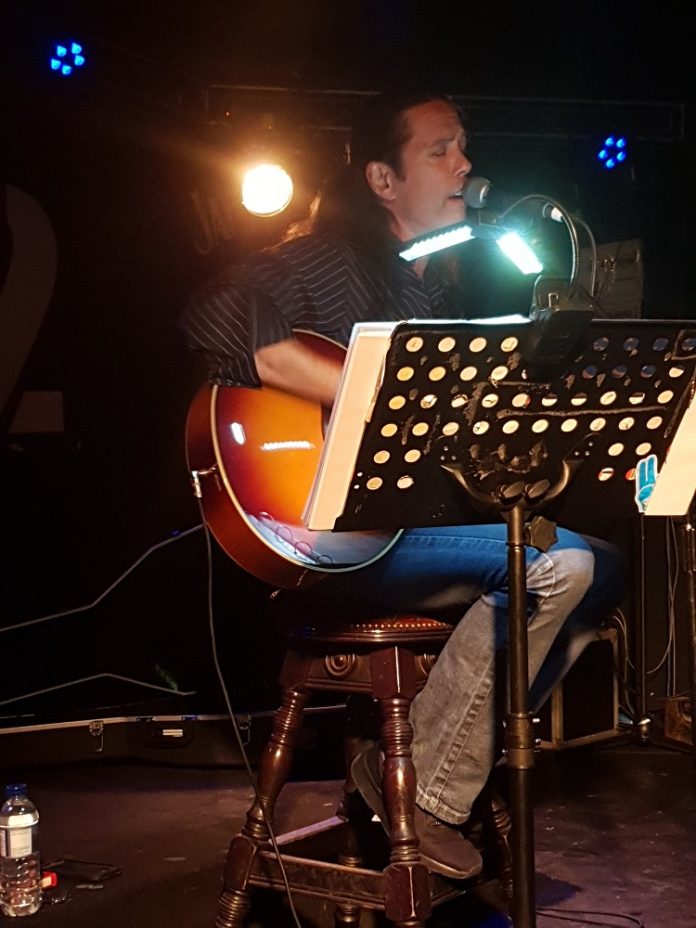 Danny Vaughn has just played “In The Shadow Of King John” – the radio song (can you call them singles anymore?) from his recent, incredible “Myths, Legends And Lies” album and he says something that resonates with me.

“The reaction to this record,” he smiles – and he smiles a lot tonight – “has been amazing. I’ve been picked up in Americana magazines, blues magazines, places I’ve never been before.”

First of all, that proves that wonderful music can still get through even in this streaming age, but second, rather more personally, it makes you see things differently.

I grew up with Bon Jovi, Poison, Skid Row. I’ve said on numerous reviews over the years that my life changed the very second I heard “Livin’ On A Prayer” and as such, I knew of Danny Vaughn. I knew of Tyketto, but – and such a night as this one deserves honesty – it wasn’t until I hit my 40s and saw the band for the first time that I finally got to see what it was all about.

I’ll go even further than that, too. It wasn’t until I reviewed “Myths, Legends And Lies” that I actually went back over the career of Danny Vaughn and realised how brilliant it was. How good a songwriter he was, but more than that, the bond he has with his fans.

Somehow, in the intimate setting tonight (“usually there’s a crash barrier, this is kinda scary” he laughs) only adds to the feeling that we’re all in this together, somehow. One man, his acoustic guitars, and a bunch of wonderful songs.

Fittingly, certainly in my case, he begins with a new one “Kelly’s Gone” but this is a Night with no setlist to speak of and no real formula.

Songs from every part of his career, Tyketto, of course, but From The Inside’s “Always” is superb here, as is “Battle Lines” while Vaughn (the band, not the man) “Soldiers and Sailors on Riverside” really hits its mark.

Everything slots together perfectly here, in truth. The solo aspect of the night lends itself to some storytelling, but he paces this right and ensures that the one’s he tells before the likes of “Is That All There Is” (a real blue-collar Springsteen-ish, thing here) and the stunning “The Missouri Kid” add to things.

Many of them are picked as audience requests – sent to Danny on social media – and one of these Waysted’s “Sing To The Night” (“I got the inspiration for the second verse from Phil Lynott, he was always very intense about the night…..”) is a proper highlight.

Proving my theory since about 1989 that a great song is a great song however it is played “Seven Bells” is stripped away of its orchestra tonight and doesn’t suffer in the slightest, and after playing “Fly Away” because someone in the crowd shouted for it, he offers a choice of four for the last one, chiding: “its Friday, don’t end it on a sad note….”

Birmingham doesn’t agree and insists that he gives them “Standing Alone” from Tyketto’s catalogue, he does. And he’s not standing alone. This was one of the most convivial shows you could wish to see, one of real warmth, and one which both artist and audience seemed to enjoy equally. That is a rare and beautiful thing.