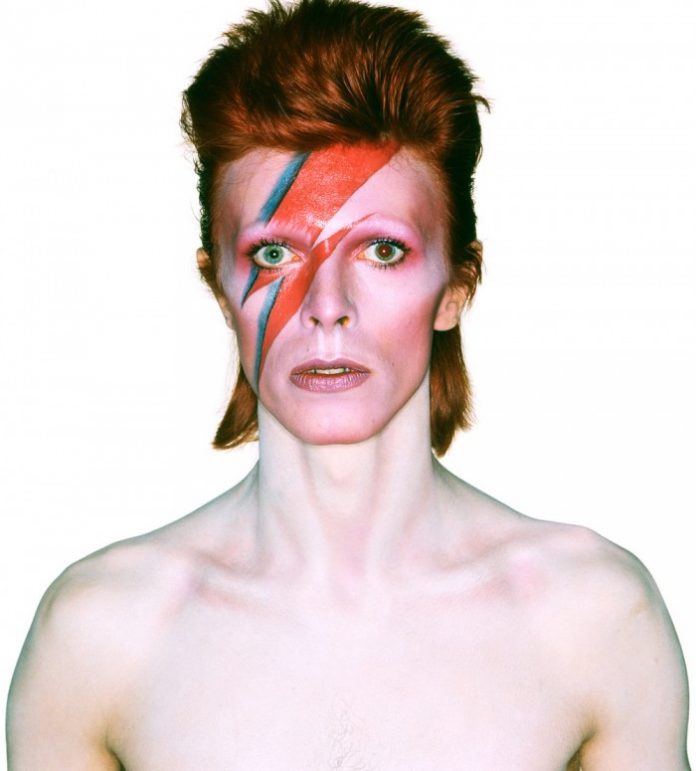 A couple of songs came to mind on hearing of the passing of David Bowie. The lines “I heard the news today Oh Boy” from the Beatles “A Day in the Life” and “The Day the music died” from Don McLean`s “American Pie”

I loved David Bowie`s music and was really bewildered on hearing the news.

At Yardley Grammer School around 1972 we were asked to bring in our records for our music lesson. We had been fed a diet of classical music and I must admit that I did like Mozart`s 40th

A guy called Chris Blackbird, I think his name was, brought in a copy of David Bowie`s Hunky Dory. Our form master played both sides and it was an incredible experience for the thirteen year old me. I immediately fell in love with this album and especially the track “Changes”

The next few years would be followed up with the wonderful “The Rise and Fall of Ziggy Stardust and the Spiders from Mars”,” Aladdin Sane” and “Diamond Dogs” with one of my guilty pleasures the “Pin Ups” covers album sandwiched in between.

A change in direction between 1975 and 1977 saw us getting the more soul, funky disco influenced long players “Young Americans”, “Station to Station”, “Low” and “Heroes”. What better tunes to try and lure members of the opposite sex at Snobs with Fame, Golden Years, Sound and Vision, A new Career in a new town and Heroes. Sharp suits and dodgy dancing was the order of the day.

In 1979 we got “Lodger” with the superb track “Boys Keep Swinging” and quickly followed in 1980 with “Scary Monsters (And Super Creeps)” which gave us the classics “Ashes to Ashes” and “Fashion” It was very strange as a Birmingham band, that was a favourite of mine , of the same name, had just broken up.

On to 1983 and we got the album “Let`s Dance” with the title track, “Let`s Dance”,  Modern Love, China Girl and Cat People (Putting out the fire) all off this album.

I didn`t actually get to see David Bowie until June 1983 and saw him twice on the Serious Moonlight tour at the Birmingham NEC and Milton Keynes Bowl so the “Let`s Dance” album holds a lot of good memories for me.

“Tonight” was released in 1984 and Bowie was at his video peak. I remember staying up late one Friday night to record the video of the “Blue Jean” track from this album on my VHS video recorder!! A twenty one minute video with Bowie playing Vic and a rock star Screaming Lord Byron. It would never happen nowadays.

The next decade from 1993 – 2003 we had “Black Tie White Noise” “Outside” “Earthling” “Hours” “Heathen” and “Reality” which never reached the heights of the previous albums.

I did get to see him during this period, which was when I won tickets for a Twix sponsored show at the Birmingham NEC in December 1995. Sadly this was the last time I was to see him.

After releasing “Reality” in 2003 I thought he had retired to be shocked at the under publicised release of  “Where are we now?” from the “The Next Day” album in 2013.

Last week saw the release of “Blackstar” his final album just before or to tie in with his 69th birthday.

Not just a musician but also an actor, with films like “The Man Who Fell to Earth” and “Merry Christmas Mr Lawrence”, a painter, Stage actor and recent playwright.

The man christened David Robert Jones certainly filled his life and mine as well.

He turned down a knighthood in 2003 as he said he wouldn`t have known what it was for and wasn`t what he had spent his life working to achieve.

It really feels as if an old friend, who I don`t get to see as much as I should do has passed.

He has been a part of my life for over forty years and has given me numerous hours of pleasure. If I’m out of sorts with life, putting on Kooks, Queen Bitch, Fill Your Heart, Sorrow, Prettiest Star or indeed my all-time favourite Changes will always cheer me up.

A real trendsetter and I don`t think we`ll ever see his like again.

Thank you Mr Bowie and May you Rest in Peace