Brilliant three piece release debut video. And the only place to see it for the next 48 hours is right here

When we said we had an exclusive for you, what we meant was that we have a WORLD EXCLUSIVE for you.

As in, MVM is the only place in the world that you can see this video right now.

Devilstrip, are an awesome trio of arena rockers in waiting from Akron, Ohio, who have just released their brilliant debut album “Rise.” They have just played with Buckcherry in the States, and tomorrow might they tear up what is sure to be a scarily good Halloween gig.

What better way to celebrate than to release your first video? And even cooler, they asked us to host it here for a couple of days too? Oh, go on then!

“Kill The Headlights (Roll)” is a real high point on an album which is brim-full of them. The video…..well let’s just say the video is kinda topical. The little devil’s….

If you like what you hear – and you will – then head to their Spotify page where you can listen to “Rise” in full, or you can check them out on Twitter or via their website.

We are pleased to say that our American correspondent is going to be on hand at the show tomorrow, so expect a review over the weekend, and we just might have some MASSIVE Devilstrip news for the UK soon.

Let’s just say, there’s a real possibility their tour bus might have to drive on the right side of the road for a change…..watch this space. 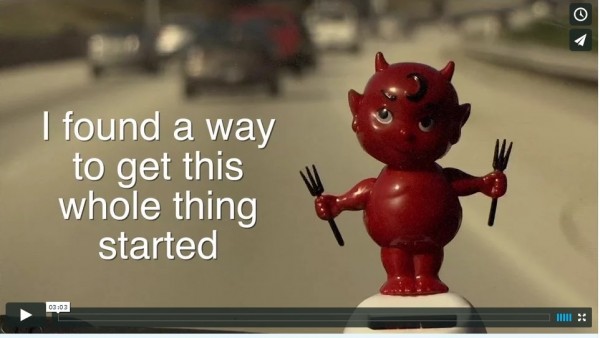