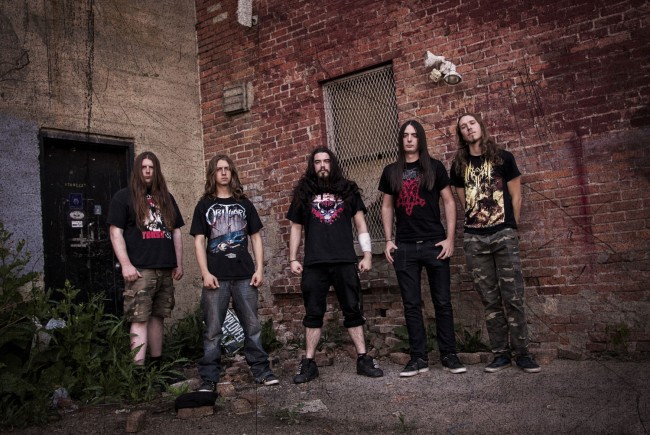 One of Edmonton, AB’s most vicious death metal bands DISPLAY OF DECAY has teamed up with Beatroute to unleash their latest single‘Maruta’ off their upcoming album ‘Dust In Existence’ due out on September 22nd. The track is streaming along with an interview with guitarist Sean Watson at the following link: http://beatroute.ca/2015/09/11/albertas-death-metal-infection-display-of-decay-releases-new-album-maruta-track-premiere/

Widely noted for bringing a unique blend of old school death metal, with tinges of thrash and doom metal. The band has spread their infection across Western Canada sharing the stage alongside other elite acts such as The Faceless, Origin, Beyond Creation & more. After four well received indie releases, DISPLAY OF DECAY is ready to unleash its next full length “Dust of Existence” that features eight aural assaulting tracks that will set the mosh pits ablaze later this Fall 2015.

If you live in the Edmonton or Calgary area, best to mark down these upcoming show dates: